Next on The Scoop: Toast Goes From Puppy Mill to Puppy Model

A Cockfighting Raid Reunited This Pit Bull With Her Family

Nina Louise disappeared from her home over a year ago. Last weekend, she came back when law enforcement busted a cockfighting operation.

The blunt truth is that there are a lot of awful people in the world, and when they do awful things, often they win and live happily ever after, contrary to what our teachers and parents told us when we were growing up. What makes that truth bearable as adults is that sometimes the awful people don’t win, and everything comes out all right.

Last weekend in South Carolina’s Marlboro County, everything came out right for a Pit Bull named Nina and her puppies, despite the odds. 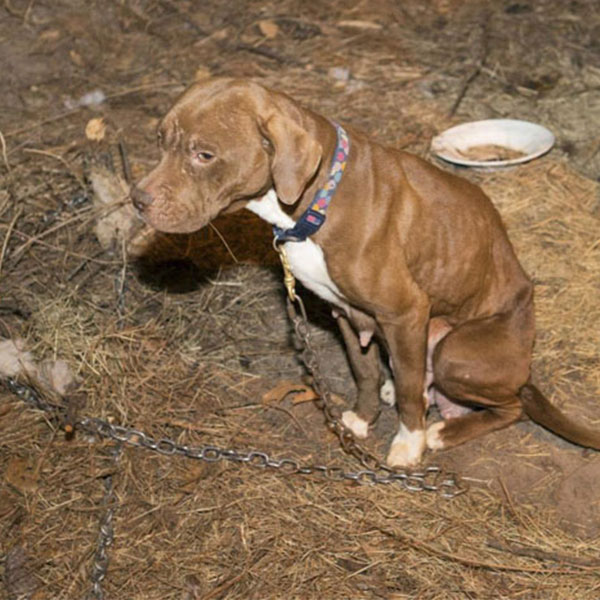 Nina was stolen from Northam and April Norris’ front yard in December, 2013. It didn’t take long for her to disappear. The couple let her into the front yard to go to the bathroom, and went inside for a cup of tea. When they came out again, she was gone. For over a year they hunted for Nina, using posters and Facebook groups, but to no avail. She was gone. 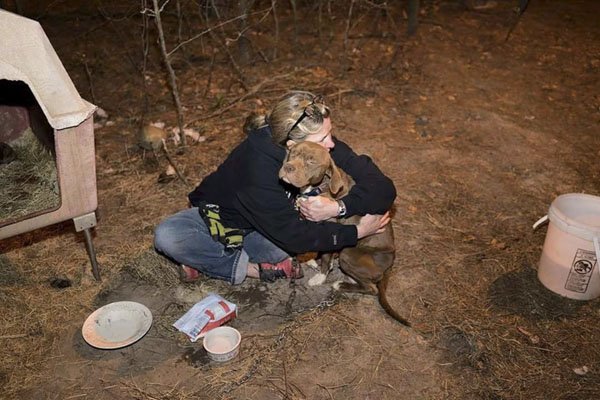 On Saturday, March 28, the Marlboro County Sheriff’s Department, along with the Carolina Waterfowl Rescue Society and the Humane Society of Marlboro County, busted a cockfighting operation. They arrested 27 suspects and rescued 122 birds — plus one emaciated female Pit Bull with a litter of 10 newborn puppies. 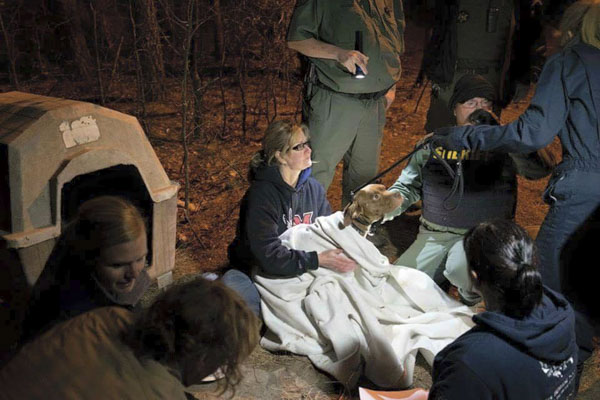 When the bust made the local news, April Norris recognized Nina despite the year that had gone by and despite the abuse she had been subjected to. She was able to give enough identifying information to the Humane Society that they were satisfied she was the owner. “I am very thankful that after witnessing the aftermath of the cruel, brutal, inhumane events of Saturday night, that we are able to reunite Nina Louise with her rightful owner, April,” HSMC Vice President Kenny Hinson wrote on Facebook. “The memory of the happy reunion will soften the frightful images.” 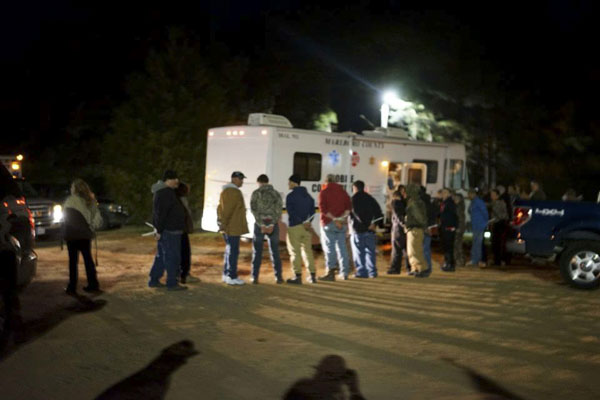 It would be far better if Nina had been able to spend the last year and three months living with her family. It’s obvious from her condition that the time since she disappeared from her front yard has been harsh and brutal. But in the end, she and her puppies are returning to someplace where they’re loved. She has her old family back, and the pups won’t be raised to fight for the entertainment of others. Right now, they’re staying with Nina and the Norrises, but when they’re old enough, they’ll go to an adoption agency that will find them new homes. 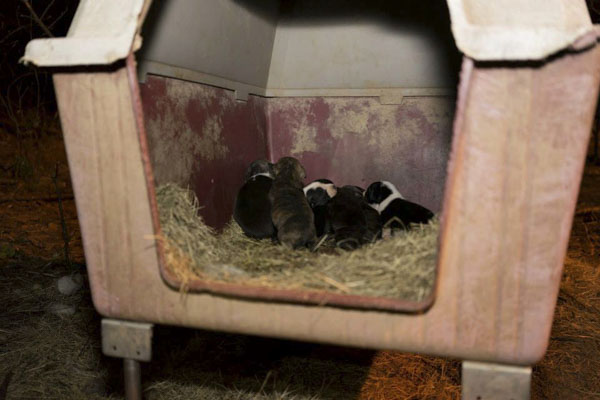 April Norris wrote exuberantly about the relief of having Nina back and their plans for the future:

Nina had never been on a chain in her entire life. She was raised inside the house as our child. as she was only 1 1/2 yrs old when she disappeared i wasn’t sure if i wanted her to have 1 litter of pups or not. I didn’t want her loving personality to change. Nina did have a collar and a name tag. And was searched for the entire time she was missing as all our friends and families have helped to search as well. Nina will now be microchipped and full vet care. The pups will go to an Adoption agency with strict conditions and guidelines to ensure they live happy well cared for lives and never suffer as my poor Nina has. Nina will be spayed. I cannot thank all the rescue people enough, I cannot Praise God enough. Jennifer Hyduke, Captain Billy Cheeks, all our friends and family, we thank you so much. Nina is home and acts almost as if she never left. She’s right back sleeping at the foot of our bed. Her pups beside her. If she goes outside we are right there with her. As we learned, one quick trip to make a glass of tea can cause unmentionable grief. I just want to thank you all.. Especially Mrs. Starling and her Husband, Thank you. Thank you God!!!!!!

Congratulations to everyone involved. The happy ending is well-deserved.