Next on The Scoop: What’s an Aussi-huahua? A Blind Rescue Dog Who’s Adorable

Yikes: Chronic Animal Abuser Is Allegedly Eaten by Her Dogs

Patricia Ritz kept dozens of dogs on her property and had numerous animal cruelty convictions.

Warning: This one is not for the faint of heart.

A woman who was missing is now believed dead, possibly eaten by the “dozens of hybrid wolf-dogs” she kept in her backyard, according to NBC News. Authorities found a human skull and a jawbone on Patricia Ritz’s property in Kentucky — and as many as 50 dogs — when they visited after neighbors reported not having seen her for days.

The dog were hungry. Investigators believe Ritz died of an illness and the dogs consumed her remains to survive. 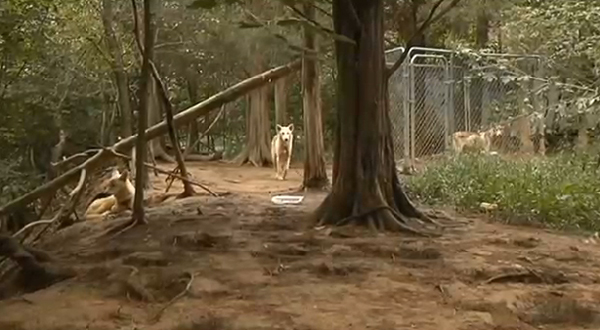 “I think it was just one lady that really wanted to save them all,” Tracey Ward, a county animal control official, told NBC News. “When you don’t spay and neuter, they’re going to breed. It’s not going to be just one or two puppies ― it’s going to be seven, nine, 12.”

Fifty may seem like a lot of dogs, but to Ritz, it was nothing. She had a history of keeping far too many dogs to properly care for, with a string of animal cruelty charges and convictions extending back 25 years. 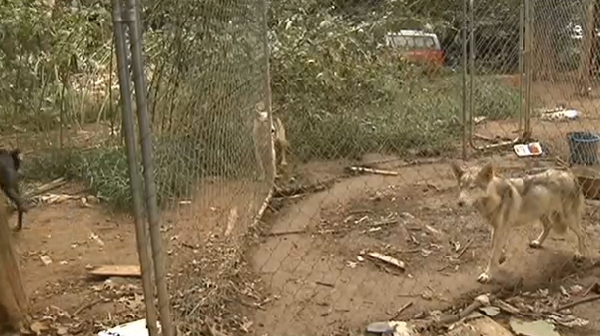 Of the 50 dogs found this time around, many are puppies, and others are “extremely pregnant.” Some were in cages and many were running free. Most were thin and hungry, while a few were dead. 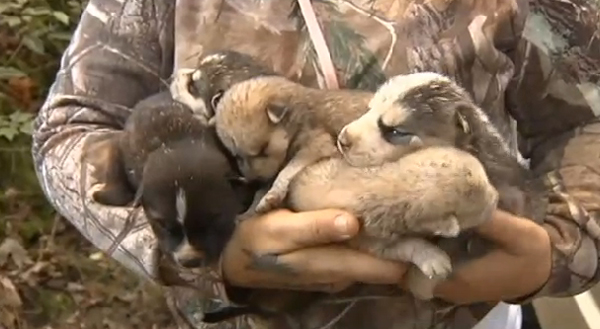 “After the sadness, there was relief,” Mary Beth Kolb of Adopt-a-Husky told WFIE. “There absolutely was relief that this will never happen again.”

Animal control is still recovering the dogs and getting them the vet care they need. They’re also looking for volunteers in the hope of getting the dogs to an animal sanctuary, according to WFIE.