Next on The Scoop: Watch This Pit Bull Face His Fears Butt First

A Chihuahua Was Mayor of San Francisco Yesterday!

The benevolent leader -- Frida the Chihuahua -- had a very good day ruling the city.

A dog was mayor of San Francisco yesterday, and as of 9 a.m., the streets were running with kibble. The shelter cages had been thrown open, traffic had stopped, and businesspeople sat cross-legged on the street in the financial district, patting good boys. Restaurants grilled everything they had and flung it out their doors, Frisbees crisscrossed the sky like missiles, and the cats … well, nobody had seen a cat since the stroke of midnight. 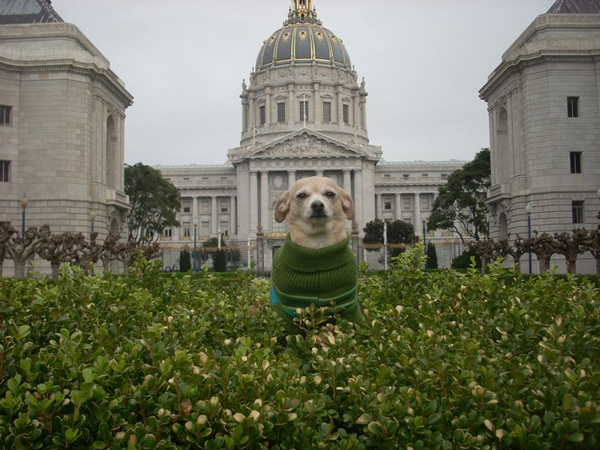 While technically very little of that is true, a dog really was mayor of the city yesterday. Her name is Frida. She is a good dog. Let’s let her owner, Dean Clark, take over the descriptive duties:

“She’s a Chihuahua mix, a rescue dog, who weighs — she’s near me and might bite me if I give you the wrong number — I’m going to say about six pounds,” the retired schoolteacher from South San Francisco told Citylab. “She’s a very fair-tempered, wonderful dog.” 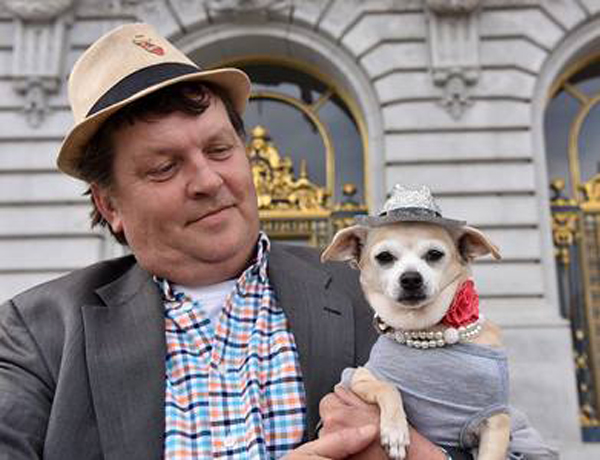 And she was mayor for 24 glorious hours, thanks to Clark, who bid for the honor this fall at an auction sponsored by the nonprofit San Francisco Animal Care and Control.

How much can you buy a mayorship for?

“All I can say is it was a healthy donation, not just a couple of dollars,” said Clark. 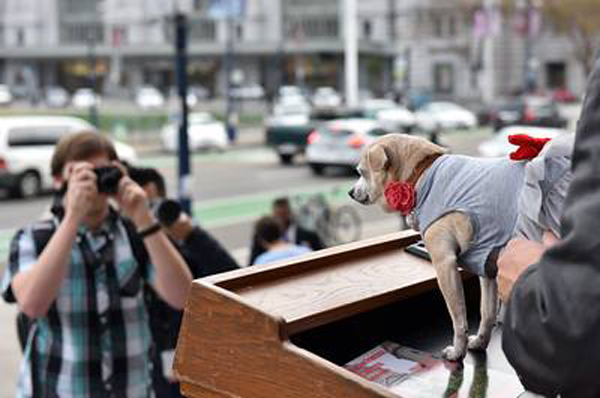 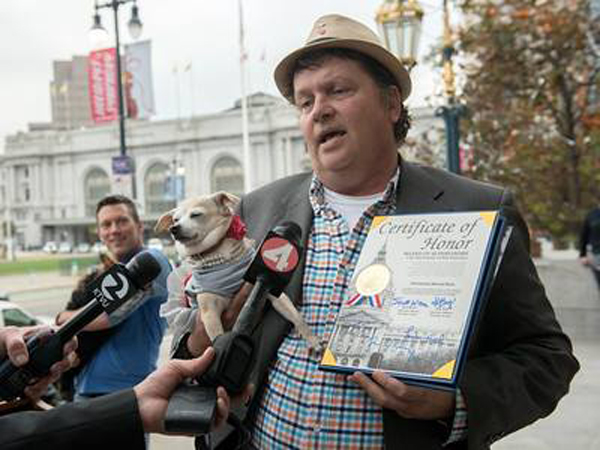 In addition to her official duties — wagging her tail, eating, having a nap or two throughout the day — Frida hung out with the Board of Supervisors and held a press conference at City Hall. 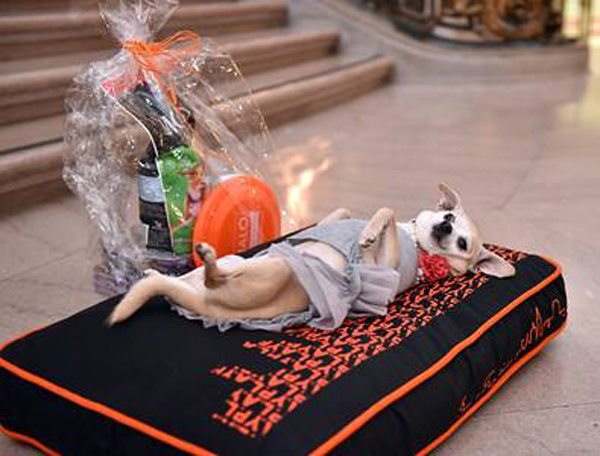 As for Frida’s bona fides, it seems like she’s been running for office for years. She’s the For the Love of Dog USA mascot, and every year the rescue pup participates in the city’s Saint Patrick’s Day Parade with the adopt-a-rescue contingent. She also participates in the monthly meeting of the San Francisco Chihuahua Meetup Group at Stern Grove Dog Park. 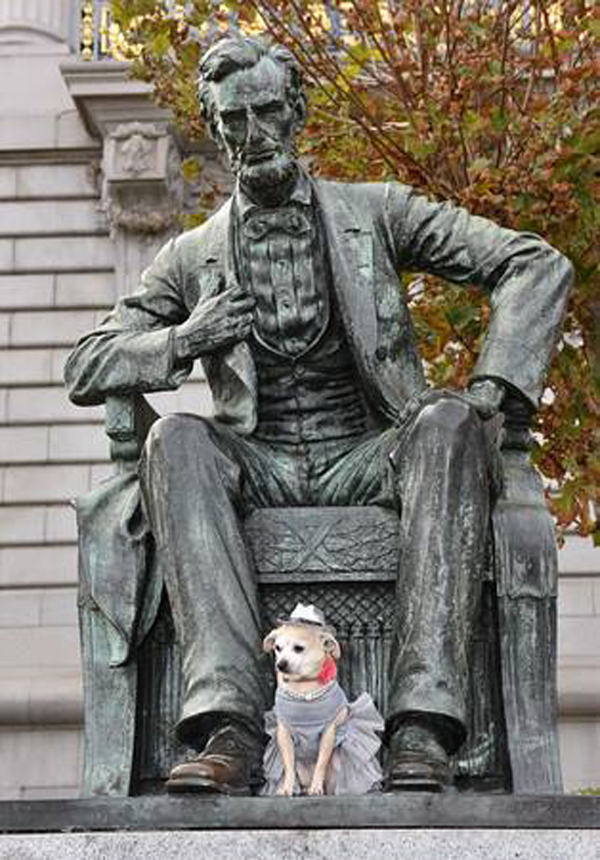 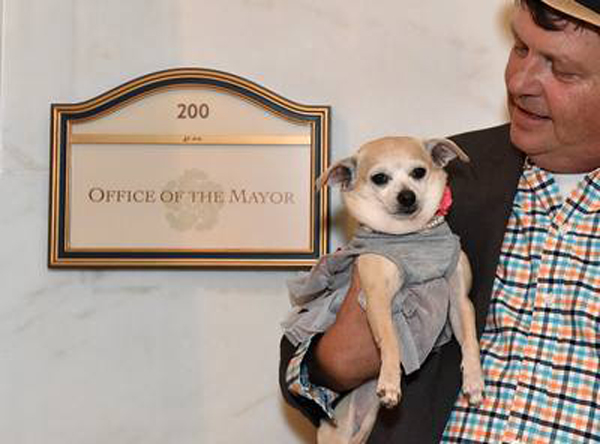 Clark said that he hopes her day in office brings more attention to the issue of “canine abandonment,” he told Citylab, “which just makes my heart drop.”

Via Citylab; all photos via the For the Love of Dog Facebook page

Read recent stories about dogs in the news: