Next on The Scoop: Would You Do a Trial Adoption With an “Imperfect” Dog?

The Budweiser Puppy Is Back for the Super Bowl

The company released teasers for its new ads, which will again feature an adorable pup and his Clydesdale friends.

With the threat of the Super Bowl being overwhelmed by deflated footballs and the country obsessing over things like pounds per square inch instead of passing yards on third and long, a savvy Bud executive knew exactly what had to be done. He picked up the red phone. “Send in the dog!” he screamed.

“What do you mean, which dog?”

“The Super Bowl dog, you idiot!”

And so it is was done — teasers for the new ads dropped, featuring adorable photos of the “Budweiser puppy,” righting the country’s mood and prompting Tom Brady to finally admit his love for deflated footballs before a national audience. 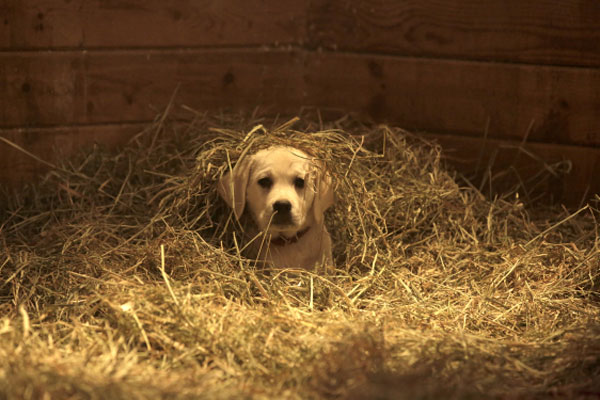 However, the photos were anything but carefree. Remember last year’s ad, when dog and horse became fast friends, frolicking among this country’s great fields of barley and hops? This year, darkness falls. This year, the puppy star is sad.

Look at this photo of the sad puppy: 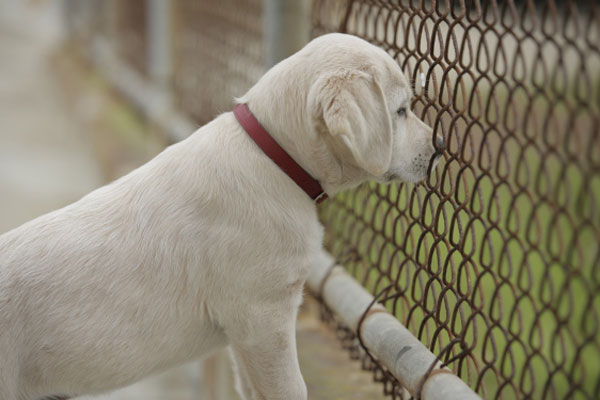 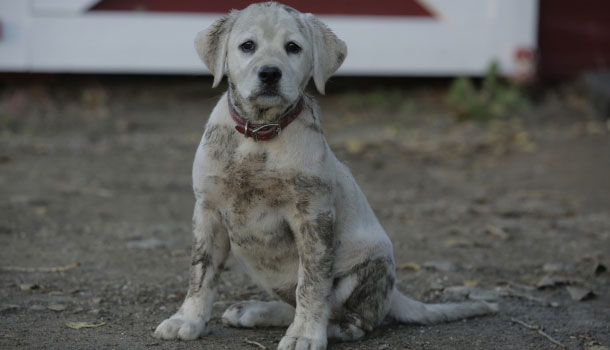 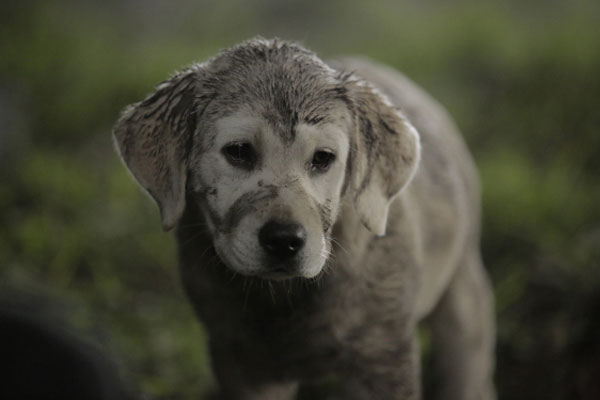 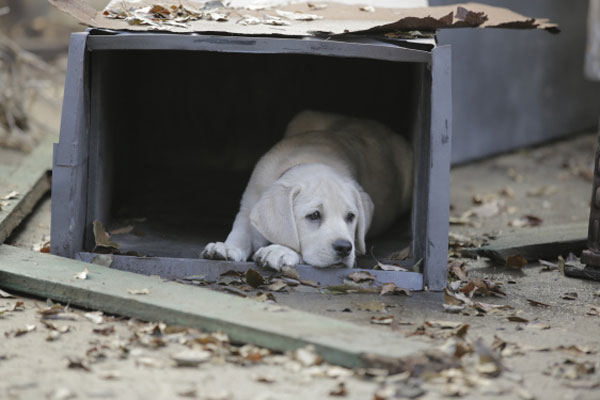 What the hell, King of Beers? It turns out the commercial is called “Lost Dog,” so we shouldn’t be surprised. Our favorite beer dog gets lost, and horse and man are sad. Man resorts to putting up signs to find the beer dog: 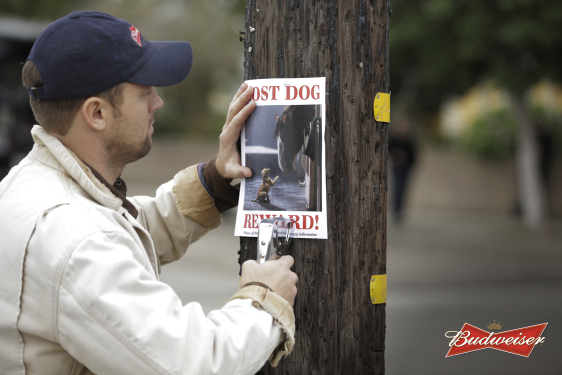 And then, hopefully, in a moment of serendipity when a horse just happens to be … what a second. I’m sorry, but isn’t that just about the worst “lost dog” sign you’re ever seen? All the details, the good stuff — the contact info, the description, even the freaking name of the dog — is just smashed at the bottom in one tiny line with about 35 words, looks like. I bet there’s not even a phone number, probably just some crap like, “If you find my dog, DM me on Twitter!”

Talking about the new ads, Jorn Socquet, vice president of U.S. marketing at Anheuser-Busch, said. “The mass appeal of the Super Bowl presents an unparalleled platform to launch 360-degree campaigns that ultimately deliver against our top priority: Sell more beer. With our track record, we know consumers look forward to our iconic spots and what viewers see during the game is just the beginning of what they’ll experience from Anheuser-Busch in 2015.”