Next on The Scoop: Would You Rent an Apartment to Stella, the Dog of Oakland A’s Pitcher Sean Doolittle?

Brutus the Rottweiler, a Quadruple Amputee, Gets Four New Feet

He was mutilated by a breeder as a puppy, but things have turned around: Brutus is now the second dog known to have four prosthetic limbs.

A quadruple amputee out of Loveland, Colorado, is now running and leaping with the best of them, thanks to a full set of prosthetic limbs. He’s only the second dog ever to wear four prosthetics, which became necessary after the dog — Brutus, a handsome Rottweiler — got frostbite on all four of his limbs, according to Fox 31.

Instead of treating the dog at the vet, his breeders decided to handle the situation on their own, in a horrific manner. 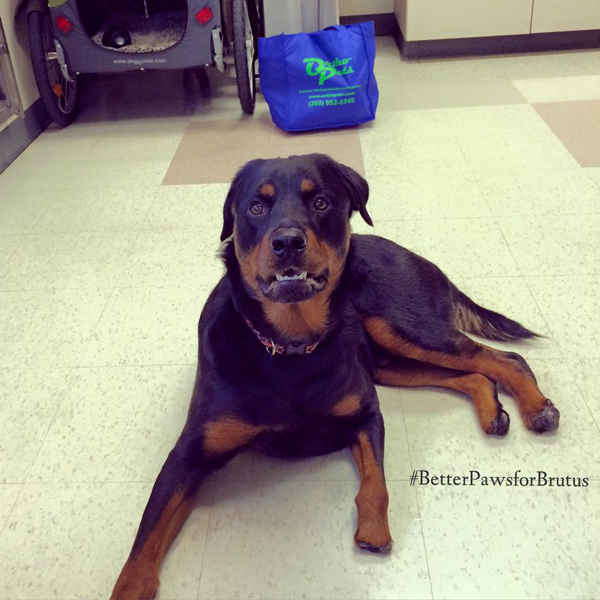 “As a baby he was left out in some extreme temperatures and sustained frostbite on his feet,” wrote foster mom Laura Aquilina on the dog’s GoFundMe page. “The cruel ‘breeders’ decided the best option was to chop off his toes with an axe or other crude object. Brutus was left maimed and crippled, and due to the poor way in which this was done, he is in pain every day of his life.”

“He cannot run and play like all puppies want to do, he can barely walk. He has to be carried over any hard surfaces or up and down stairs.”

Fortunately, the fundraising campaign worked, and Aquilina, who took in Brutus after he was rescued, raised more than $12,000 for the prosthetics. Brutus was soon outfitted with four of the devices from Denver’s OrthoPets. 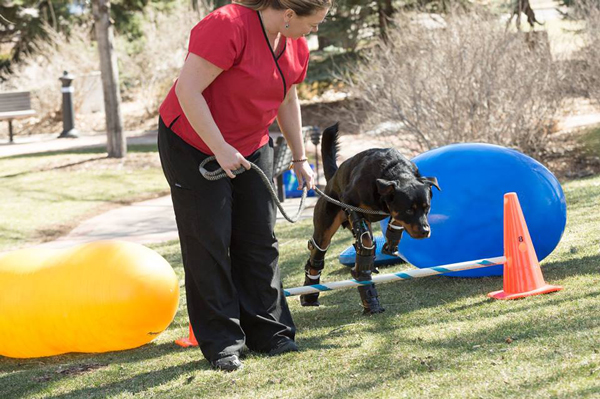 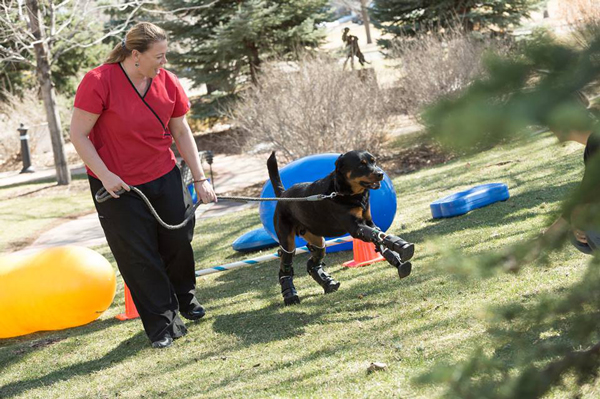 Brutus, who gets around inside on his “little peg legs,” as Aquilina puts it, is currently using the devices for outside play to give him a normal doggy life. He’s still learning.

“You can’t explain to an animal why you are putting these contraptions on their feet. You can’t explain to them that it’s to help them,” she told Fox 31. “He’s able to walk in them. It’s not always pretty. We want to be able to give him a higher function, where he can run and play with other dogs, go on hikes.” 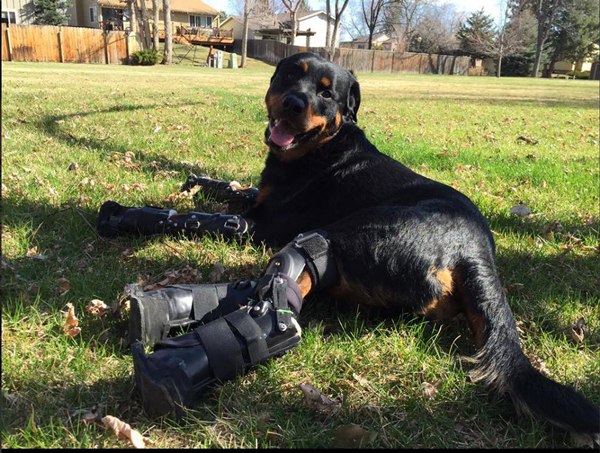 “Brutus is an amazing case of a beautiful dog who was dealt a short hand,” Martin Kauffman, founder of OrthoPets, told Fox 31. “He can get out and do normal doggy things. And it just makes you feel so good.”

“If he ended up in a shelter they’d say he was unadoptable because he’s missing his feet. I think it’s good for people to know we can work with animals like this,” said Aquilina.

Check out some more dogs outfitted with devices from OrthoPets: 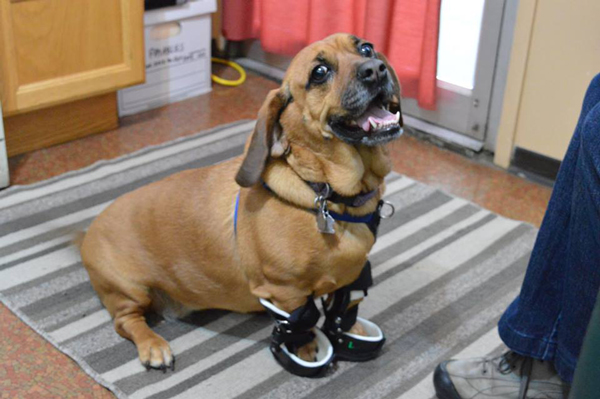 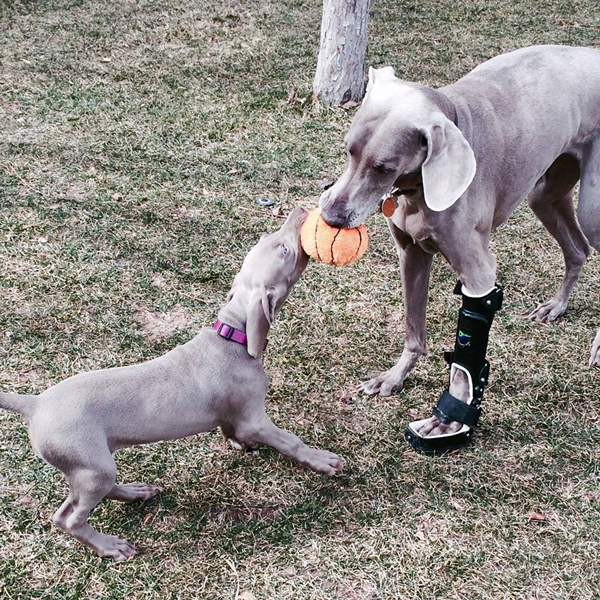