Next on The Scoop: Size Matters: Tips to Keep Your Big Dog Healthy

Who Can Get Crocs Some Respect? Boo the Pomeranian!

The arrestingly adorable dog will adorn a charm for the shoe once called "a plastic hoof."

I have no fashion sense. None. The only time that I get complimented on how I dress is when I let my girlfriend buy me clothes. Otherwise, it’s blue jeans and black t-shirts all the way. You could be forgiven for at times thinking that I only own a single shirt that grafted itself to my body years ago.

But still, even I know that wearing Crocs is not the route to being known as a fashion hipster. Some time back, Tim Gunn described them as looking like “a plastic hoof.” Despite their sales, they just don’t get a lot of respect. 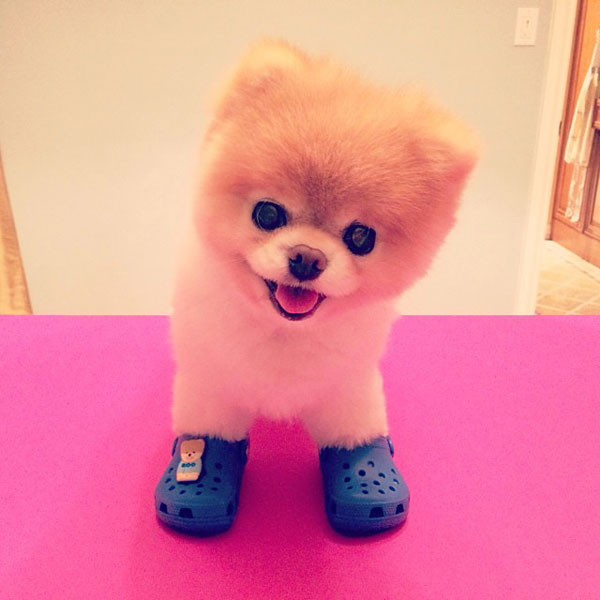 But maybe teaming Crocs with Boo, the World’s Cutest Dog, will spruce their reputation up a little bit. Boo (or rather, his licensing company) has struck a deal with Crocs to produce two kinds of “Jibbitz” shoe charms with his image on them.

And despite all the snark that Crocs get, one thing seems clear from the pictures that are showing up on Boo’s Facebook page: The World’s Cutest Dog looks even cuter when wearing a pair of Crocs. Who’da thunk it? 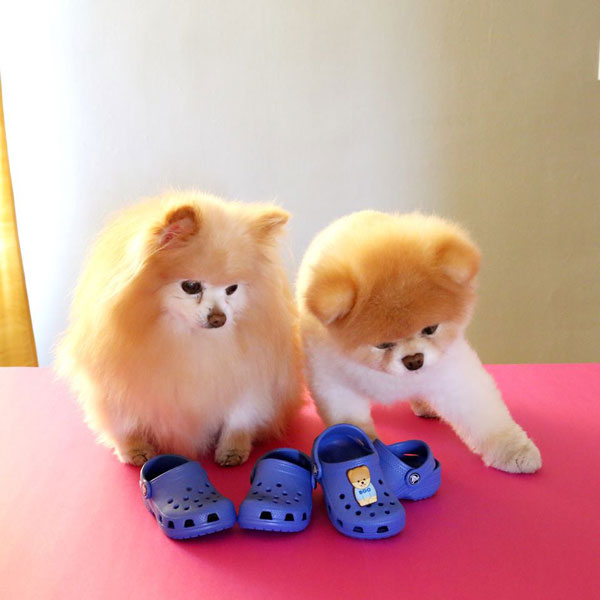 The Boo Jibbitz charms come in two models: one of Boo’s head, and one full body image with a t-shirt on it.

I don’t know if wearing a plastic charm on your shoe is quite the same as going for a walk with Boo, but he and his friend Buddy seem to really appreciate the shoes. The only potential hitch is that fans of Buddy seem to think that he’s getting a raw deal by not getting a charm of his own.

One comment on “Who Can Get Crocs Some Respect? Boo the Pomeranian!”