Next on The Scoop: Are You One of the Few Who Train Their Dog?

200 bags of the treats are being pulled from store shelves in four states.

Grill-Phoria LLC of Loveland, Colorado, is recalling 200 bags of Big Bark All Natural Beef Jerky Treats for Dogs because they have the potential to be contaminated with salmonella.

The 3.5 oz stand-up bags were distributed and manufactured between September 20, 2014, and January 2, 2015. They were distributed in four states — Colorado, Wyoming, Utah, and Oklahoma — to independent pet stores.

Unfortunately, the bags do not have lot codes, so it is difficult to tell by the bag alone whether or not it has been recalled. If you do have a bag, the company urges to return the bag to the store where you purchased it and get a full refund. 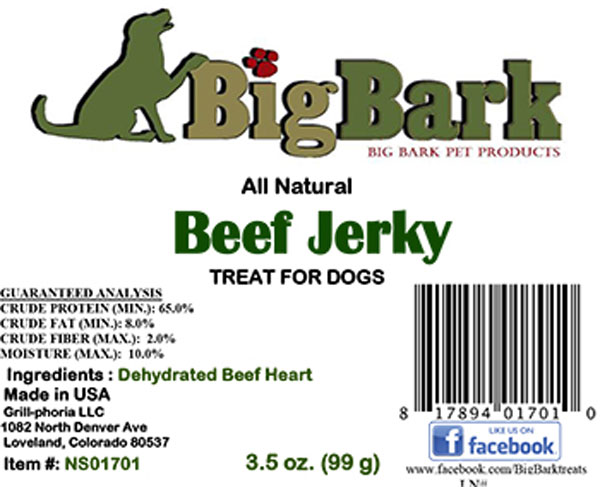 The threat was discovered during a routine sampling program by the Colorado Department of Agriculture. As a result, the company announced the recall and ceased the production and distribution of the product as it conducts an investigation.

On Monday, Mark Johnson, owner of Grill-Phoria, spoke to the Reporter-Herald about the recall. He said that the CDA conducted a test on a bag of treats purchased in Lafayette, Colorado, and found salmonella. Then, the FDA spent two weeks testing his facility in Loveland.

“They went through my entire place, and they swabbed everything,” he said. “It was all negative.”

However, then another positive test occurred from a bag purchased from a different retailer, so the company issued the recall. 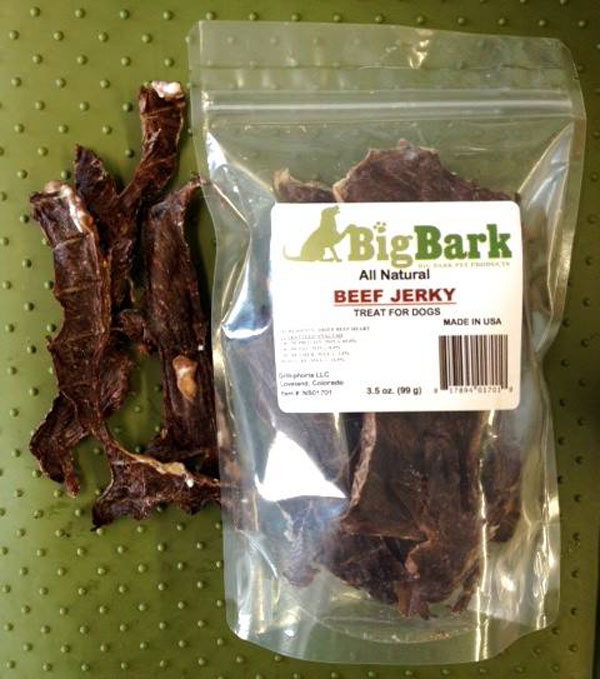 Johnson said he has six employees, and they work with raw meat delivered from packing houses, slicing and drying it for jerky treats. He’s been in the business for 30 years, and this is his first recall. He’s been contacting stores that carry the product, informing them of the threat.

“It happens to the best of companies,” he told the Reporter-Herald.

According to the FDA, “pets with salmonella infections may be lethargic and have diarrhea or bloody diarrhea, fever, and vomiting. Some pets will have only decreased appetite, fever, and abdominal pain. Infected but otherwise healthy pets can be carriers and infect other animals or humans. If your pet has consumed the recalled product and has these symptoms, please contact your veterinarian.”