Next on The Scoop: The Story of Bulletproof Sam, a Victim of Dog Fighting

A generous dog-loving saint dropped by a Holiday Inn bar in New Jersey to make a woman's day.

In fact, there are few better places than that.

Such an event happened in the Holiday Inn bar in Clinton, New Jersey, when a couple noticed bartender Christina Summit’s paw print tattoo on her wrist, according to CNN. The man commented on it and asked Summit if she had dogs. She said yes, a Great Dane–Labrador mix named Tucker, her “baby.” Summit went on to say that Summit was in the vet hospital after having emergency surgery earlier that day; he had swallowed a tennis ball and it had to be removed from his small intestine. 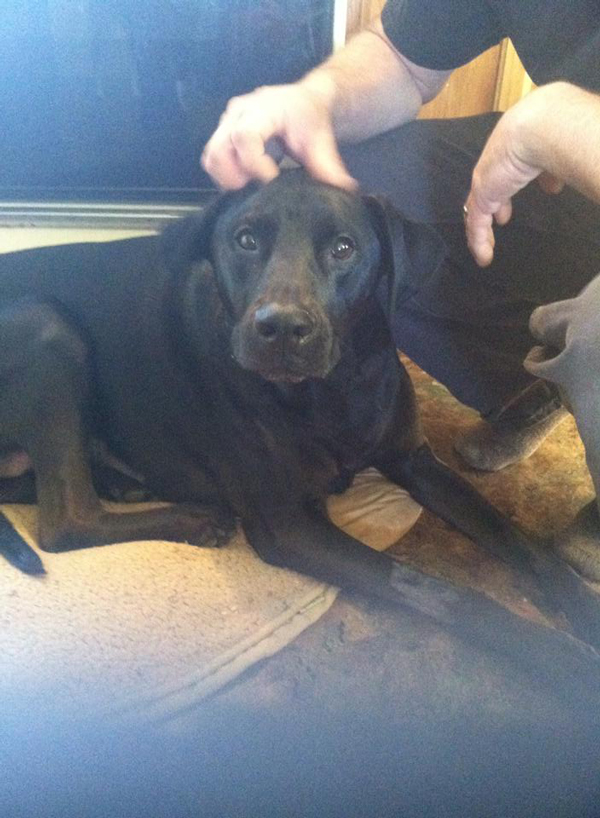 Picture Summit on one side of bar and the couple on the other. The couple ordered drinks, then dinner. They talked about Tucker. Summit was worried about the dog. The man remarked that the surgery must have been expensive. Summit told him the amount, $2,700, and said she’d do whatever she had to do for the dog.

“He’s like my child, as are all my pets,” she explained later on Facebook. “I didn’t have the money for surgery but what am I gonna do? Let my dog die? No!! I figured I’d sell my car if I had too.” 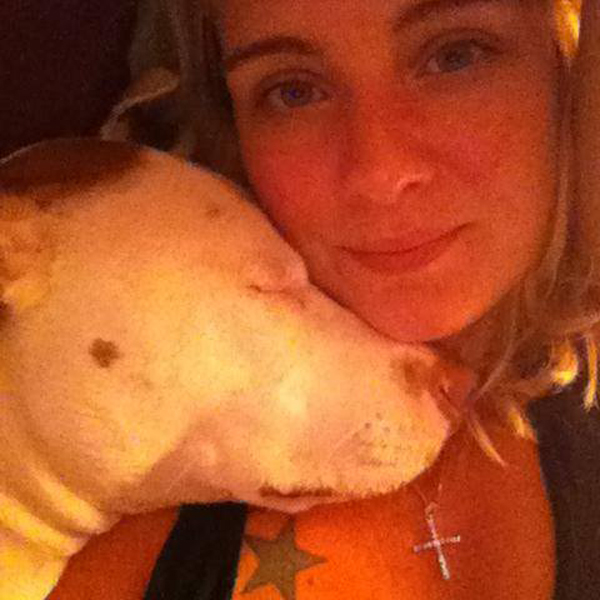 Summit works three jobs: full time as the chef in the hotel, two days at a deli in town, and Sundays as the hotel bartender, according to CNN. She has three stepchildren, and her husband works full time as well. In short: She has a full load, all around.

After dinner at the bar, the couple paid their $80 bill.

Summit was shocked. She told the couple she couldn’t accept the money. They said it was for Tucker’s medical costs. Summit began crying. 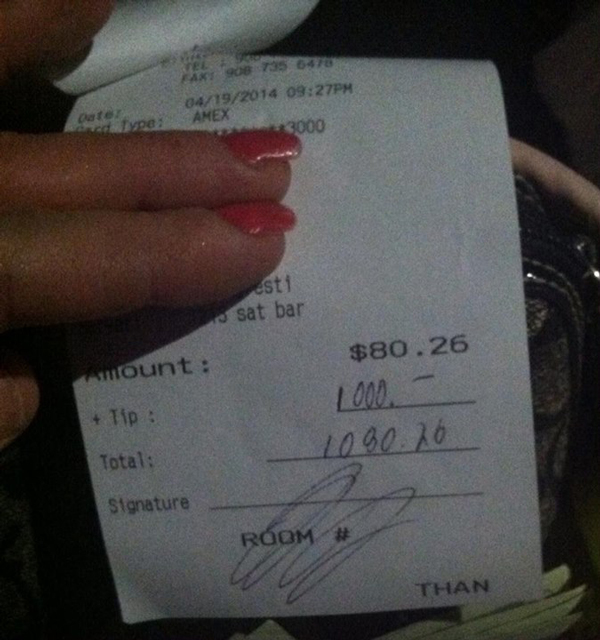 “He would not take no for an answer,” she wrote on Facebook. “I could never find the words to thank this amazing kind couple. My eyes still well up just telling you all about this.”

“I walked around and hugged this couple,” she told CNN. “They said, ‘We’ll be praying for Tucker.'”

Later that week, hotel manager Michelle Satanik followed up with the couple to make sure the gesture was on the up and up. It was.

“Apparently this man does this quite frequently. Just a really nice guy and humanitarian,” Satanik told CNN. “I have never ever seen a $1,000 tip like that.” 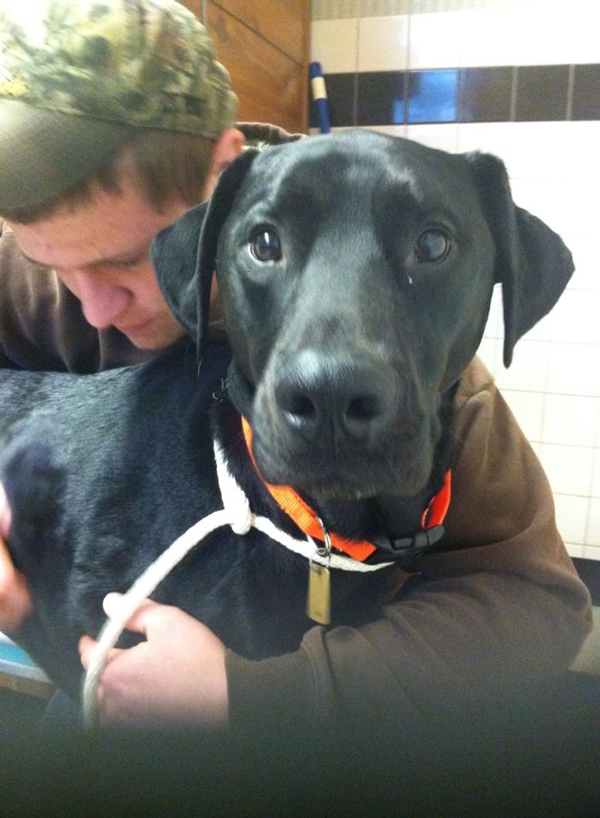 As for Tucker, he’s back at home, uncomfortable but recovering.

“Tucker is home and sleepin’ by my side,” Summit wrote on Facebook. “He’s still uncomfortable but being a brave good boy. … He’s still loopy from meds but happy to be home.”