Next on The Scoop: Fighting Like Cats and Dogs? Not This Blind Lab and His Guide Cat

Fezzik the Bernese Mountain Dog shredded part of a FedEx delivery before his owner could step in.

Karl has a dog, named Fezzik. 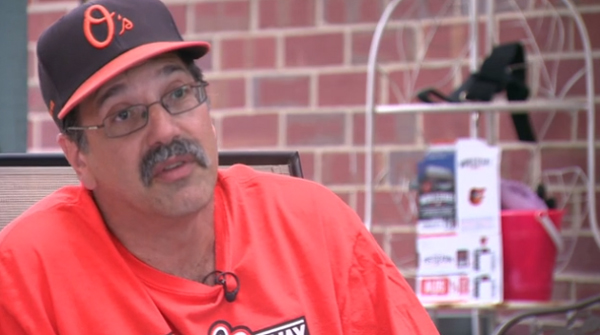 After buying the tickets, Karl had them shipped to him via FedEx, according to CNN. FedEx — a high-level shipping company for high-level tickets. 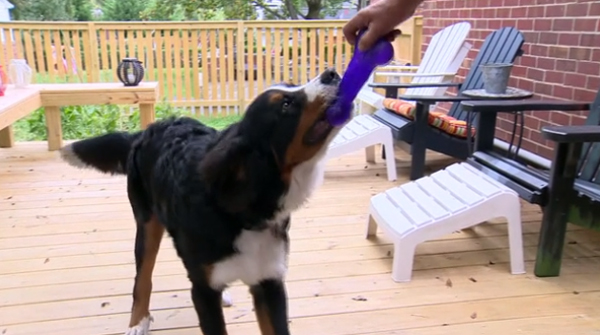 And so it happened one recent day that Karl was sitting in his house, mulling over starting lineups and the strength of the Orioles’ bullpen, when a truck pulled up. Karl, in a great lapse of judgment, didn’t connect the dots. 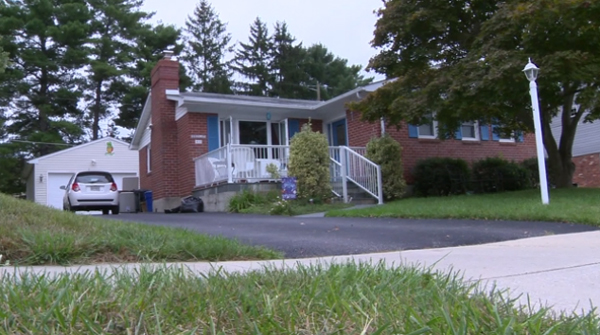 “I didn’t think much of it,” Breslaw said. “A couple of minutes later it dawned on me what that truck was.”

Karl’s dog, however, wasn’t asleep on the bench. He got in the game. He ran out and fielded the tickets, and then he shredded them halfway to Kansas.

Karl’s dog must be Royals fan or some such.

“I went outside and I found basically this, scattered all over the place,” he told CNN, holding up shredded cardboard and papers. “I guess when that friendly man in the blue shirt put this new toy over the railing, it was irresistible.” 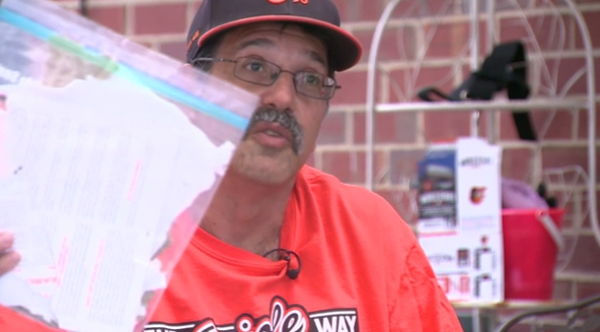 Karl is dumbfounded by the actions of his dog, who never acted this way toward mail before. Karl even got a knock in at his wife.

“The first time I’ve ever had any package damaged in any way, shape, or form. It had to be a playoff ticket; it couldn’t have been my wife ordering something mundane from Amazon, it had to be my playoff tickets.”

And yet, the man has his priorities straight. He forgives his dog. And the World Series tickets are still useable, once the Orioles make it that far. 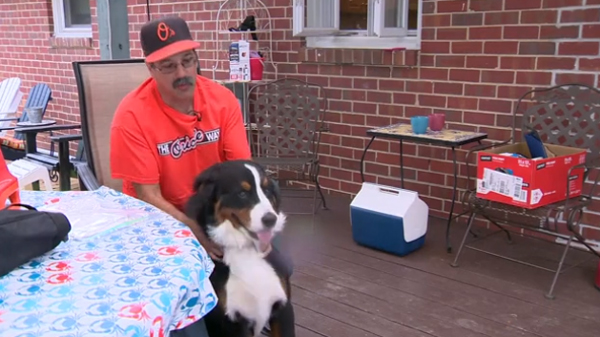 Update: We may know the reason Fezzik ate the tickets. A well-dressed editor here pointed out that the playoff game is between a group of birds (the Orioles) and cats (the Tigers). Fezzik may have seen his chance to do away with all of them at once.