Next on The Scoop: Nicholas Sparks Talks About the Rescue Dogs in His Life and in His Books

He's since been fired, sent back to the North Pole to make way for a Santa who isn't so ignorant and small-minded.

The Shops at Mission Viejo had a PR nightmare on its hands Sunday: a bonafide bad Santa, which the mall promptly sent packing back to the North Pole. Fired, in the local parlance.

What he did was unforgivable, for Santa or anyone else, but especially for Santa. There he was, outfitted in his usual clothes (Santa clothes — you know the ones), sitting on his giant chair, half-listening to a steady recitation of toys from the many young children at the Shops. Seven-year-old Abcde Santos, who is autistic, and her service dog Pup-Cake were in line, inching closer to old St. Nick. 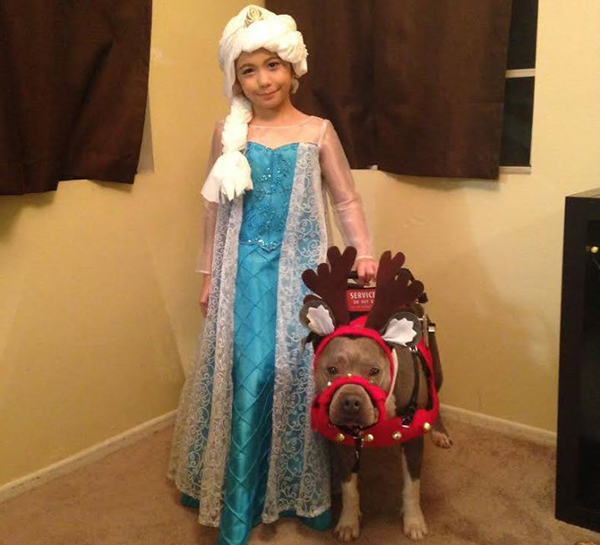 They waited a half-hour. Once they got to the front of the line, Santa threw a fit. He turned her away. He said he was afraid of Pit Bulls, according to the OC Register. Even one as cute as Pup-Cake. Can you believe this dog?: 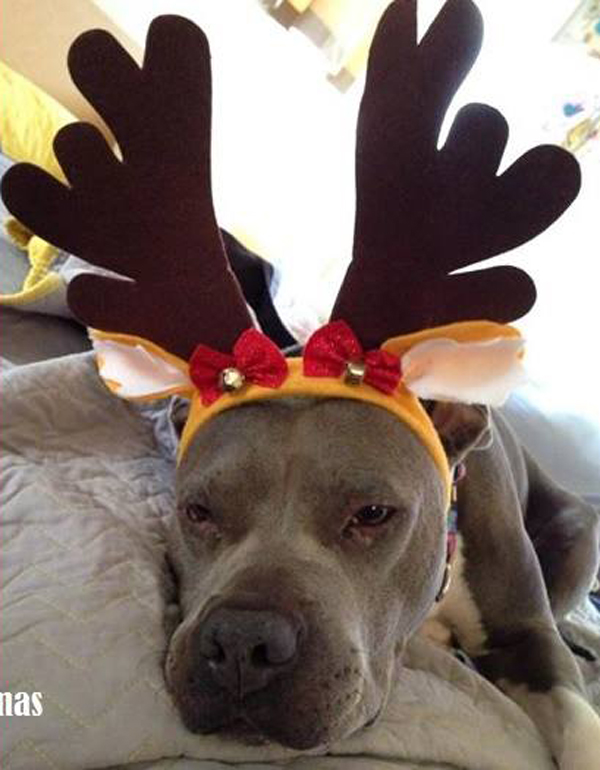 The Santos family offered to remove the dog from the area if Santa would see her, but he still refused. Then, according to Pup-Cake’s Facebook page, after the law was explained to Santa, “Santa suddenly became allergic.”

Santa is now out of a job.

According to Pup-Cake’s Facebook page, Abcde was in line not to ask Santa for anything but to ask Santa what he wanted himself for Christmas.

Fortunately, Santa’s “management” did the right thing and sacked him, stating in a press release that “we do not condone the behavior displayed by Santa and have worked with our partners at Noerr, the company that hires our Santas, to replace this Santa with one that is more compassionate to our guests’ needs.”

Note to any children reading this: Despite all you’ve read here, there is still only one Santa.