Next on The Scoop: 5 Training Tips for Your Working Dog Breed
Dug Up at Dogster 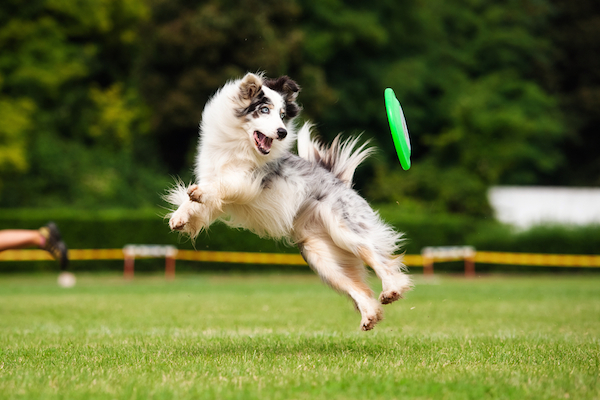 Interested in fun dog events going on near you? Whether you can bring your pup or simply celebrate him, we've found a few!

Summer may be winding down but the dog days of summer are a prime time for fun. There are a lot of great things for dog lovers and their pups to do in August, so let’s look at some of the best dog events out there:

Watch Clear the Shelters, a national pet adoption event, on NBC and Telemundo stations or find out how to participate at a shelter near you. It’s the campaign’s third year of joining with hundreds of animal shelters to offer low-cost or waived pet adoption fees to help families adopt their next furry family member. Find more information at cleartheshelters.com.

In celebration of Clear the Shelters, Hallmark Channel premiers Eat, Play, Love at 9pm. Snuggle up with your dog(s) to watch this romantic comedy about a shelter owner trying to find love while trying to find homes for rescue dogs. Veterinarian Dr. Carly Monroe (actor Jen Lilley) makes it a habit to stop by the local dog shelter to see the dogs and shelter’s owner Dan (played by Jason Cermak). There’s just one catch: Dan is about to move to New York to marry his TV personality girlfriend. When Dan’s sister decides to take matters into her own hands, there’s no telling what will happen.

The New York Dog Film Festival has taken its dog film shorts and gone on the road! Appearing in Cary, NC at 11 a.m. and 1 p.m. 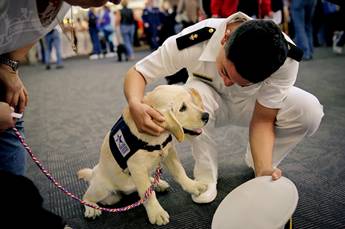 Have fun and give back to by coming to a yappy hour benefiting Warrior Canine Connection, a charity that trains therapeutic service dogs for veterans with PTSD. Michael Jordan’s There will be special cocktails served, such as the Tito’s Greyhound and Tito’s Moscow Mutt. Michael Jordan’s The Steak House N.Y.C. & Tito’s Handmade Vodka are making this happen at MJ’s, located on the balcony of Grand Central Terminal. Event goes from 12pm to 6pm and is free to the public. Join the furry soldiers and pups in training who’ll be there too!

Check out the indie comedy Unleashed from Level 33 Entertainment, a movie about love — cats and dogs style. Unlucky in love, Emma is lucky with her two adorable pets, until her cat and dog are cosmically changed into two full-grown men. What happens next is anyone’s guess.

The New York Dog Film Festival has taken its dog film shorts and gone on the road! Appearing in Bellingham, Washington at 12 and 2 p.m.

This is the last day for creative canine-loving writers to enter to win the PAWlitzer Prize for Best Dogged LITTERature presented by Carmel Dog Tales. They are looking for the adventure, romance, comedy or tearjerker tale about you and your BFF (best furry friend). There will be winners in two non-fiction categories: Drama and Humor. The prize will be awarded in Carmel, California on October 14, 2017. If poetry is more your style, enter the PAWetry Slam by submitting a YouTube video. All net proceeds will benefit the SPCA for Monterey County and the Birchbark Foundation. For more information, go to carmeldogtales.com.

The New York Dog Film Festival has taken its dog film shorts and gone on the road! Appearing in Austin, Texas at 12 and 2 p.m.

Stay tuned for more from Executive Editor Melissa Kauffman on Dogster.com’s Dug Up at Dogster column and on social media with #DogUpatDogster.

Posted in Dug Up at Dogster,