Next on The Scoop: Dog Swimming Lessons: 11 Tips for Teaching Your Pup to Swim Safely
Dogster News 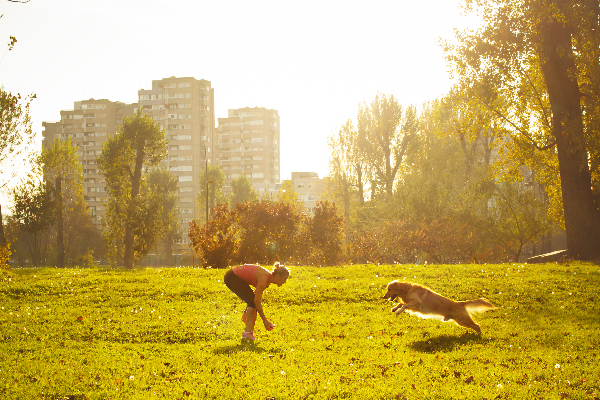 Celebrate those dog days of summer by taking your pup with you to one of our August 2018 dog events.

Beat those super-hot August days by chilling out with all-things dog. We’ve rounded up some August 2018 dog events and happenings just for you and Fido. If you’ve got a dog event for August or any month going forward, contact us so we can add it to our dog events calendar.

Animal health advancement leader Morris Animal Foundation is launching its second annual Dog Day Campaign starting Wednesday, August 1. The month-long campaign, which ends on the actual National Dog Day (August 26), raises funds for the Foundation’s well-known Golden Retriever Lifetime Study, a $32 million longitudinal study designed to identify correlations to cancer in dogs. For the second year, the campaign will benefit from the support of an anonymous donor who lost her beloved golden retriever, Cody, to cancer. She will generously match all gifts made to the Golden Retriever Lifetime Study, dollar for dollar, up to $50,000, now through August 26. Sing along with the pupalicious musical Mutt House at the Kirk Douglas Theatre in Culver City, California.

Don’t miss out on the world premiere of this life-affirming musical at the Kirk Douglas Theatre in Culver City, California. When quirky outsider Eddie Corbin finally finds a place to call home — a neglected animal shelter — the city threatens to close it down. Along with the help of six zany mutts, Eddie takes a stand. Directed by Ryan Bergmann, musical direction by Anthony Lucca and choreography by Janet Roston. Created by Tony Cookson, with music and lyrics by John Daniel, Tony Cookson, Robb Curtis Brown and David O. Tickets on sale at mutthousethemusical.com. Surf’s up for wave-riding pups at Linda Mar Beach in California. The Norcal Dog Surfing event and World Championships for Dog Surfing bring together dog surfing talent competing for the gold for charity. While you’re there, check out the Surf Dog Village for a range of canine services and products. More at surfdogchampionships.com. It’s back — everyone’s favorite body-swapping comedy, Freaky Friday, but with a really big scene-stealing performer — Bruce the Great Dane. The canine out of Mission, British Columbia, stands 32 inches tall and weighs in at 60 pounds. He plays the role of family dog Boris alongside his human family, Heidi Blickenstaff (Katherine), Cozi Zuehlsdorff (Ellie) and 10-year-old Jason Maybaum (Fletcher). Not only is this Disney Channel Original Movie a comedy, but it’s a musical, too, based on the stage musical created by Disney’s Theatrical Group.

We love Brooklyn-based artist Dean Russo for his paintings that explode with color and for his promotion of rescue awareness by painting shelter pets and donating proceeds back to shelters. And now for us — gift book creator Quiet Fox and Dean have partnered to create this beautiful eight-journal series perfect for your own creative self-expression. Available on Amazon.

Find out who wins Best in Show when AKC judges come to town to officiate this competition of conformation, obedience and rally trials. Held indoors at the Owensboro Convention Center in Owensboro, Kentucky, the event is sponsored by the Owensboro River City Kennel Club, the Southern Indiana Kennel Club and the Evansville Kennel Club. Show starts at 8 a.m. each day and ends after Best in Show is announced. Vendors will be present, plus a raffle with lots of great prizes. General admission is $5, children under 12 $3 and Seniors over 60 $3. More information at orckc.com.

Posted in Dogster News, Dug Up at Dogster,