Next on The Scoop: 50 Bulldogs Vie for Most Beautiful at Drake University
In the News

Veteran Michael Hammons may have saved the dog's life by breaking the car's windows. The owner disagrees; she had him arrested.

How far should you go to help someone else’s dog? Michael Hammons may have saved the life of a dog who was locked inside a hot car in the parking lot of an Athens shopping center, but the dog’s owner seems to think that he did her no favors. On the contrary: She had him arrested for criminal trespass because he broke the windows of her car. 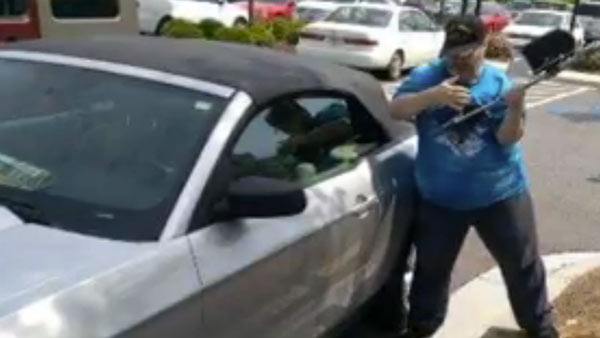 Michael Hammons smashing the window of the car. (Screenshot: WAGA)

Diane Byard told local station WXIA that she and other shoppers had already called police because they saw the dog in the car. When Hammons came along and saw the situation, he took the footrest off his wife’s wheelchair and began to smash the windows to get the dog out. “He says, ‘We can’t let this dog die,’ and he starts smashing the windows,” Byard told reporters.

The dog’s owner came out of the mall a few minutes later, and she was not happy. “She said, ‘You broke my window,’ and I said I did,” Hammons told reporters from WAGA. “She says, ‘Why would you do that?’ I said to save your dog.” 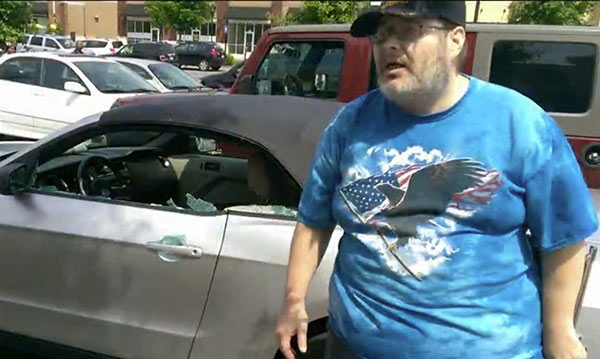 Michael Hammons in front of the car. (Screenshot: WAGA)

Police say that they sympathized with Hammons’ actions, but under the law, they had no choice but to arrest him. “We didn’t want to charge him, but he told us he broke the windows, and when you have a victim there saying she wants him charged, we had no other choice,” Chief Deputy Lee Weems told WAGA. The woman was also cited for leaving the dog alone.

Hammons and his wife say that what drove him to act was his experiences as a veteran of Operation Desert Storm. “He has seen so much, and been through so much, his thing is he’s got to save him,” Saundra Hammons told WAGA. “Michael says, ‘I have to save lives because I couldn’t save everyone else over there.'” Hammons himself says that despite all the trouble, he’d do it again. “I knew there’d be consequences, but it didn’t matter. Glass, they make new glass every day, but they could never replace that dog.” 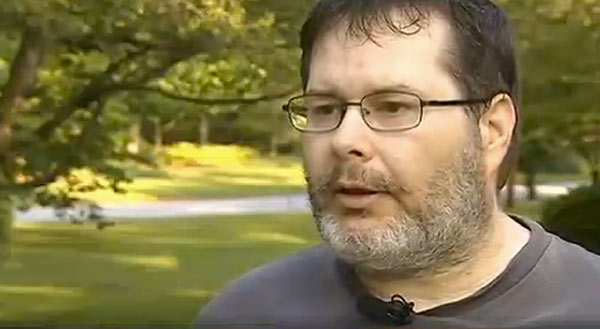 The law is clearly on the side of the owner, even if the media and the public isn’t: Georgia state law allows for breaking into a car to rescue a child, but there’s nothing in the law about saving dogs.

What do you think? Other customers had already called the police; should Hammons have waited, or did he do the right thing by acting immediately?

Via WXIA and WAGA

Posted in Safety, Hazards and Poisons,