Next on The Scoop: Let’s Play Headline BINGO: This Story Involves a Dog, a Blind Woman, and a Nudist Colony

Boneheads of the Week: The Teens Who Manhandled a Dog and Posted the Video on Facebook

One of them used vicious wrestling moves on a Pit Bull puppy; both thought it was hilarious, laughing throughout the horrific video.

We already had one Bonehead of the Week — a man who poured hot sauce on a puppy — but we had to bring you couple of more: Two teens are now in custody after posting a video to Facebook showing the brutal treatment of a Pit Bull puppy.

Facebook user Coats Keshawn posted the video on Tuesday, according to the New York Daily News. His account is now shut down. The video shows a teen picking up and body-slamming a Pit Bull puppy twice, and then jumping on the puppy and punching the dog in the face multiple times before dragging him toward a house. The teen appears to be acting out wrestling moves in an effort to be funny; both teens — the one beating up the dog and the one filming — can be heard laughing throughout the video.

The dog is meek and scared and confused; he does not fight back, except for one tentative nip at the beginning of the abuse. He is clearly a pet, being treated horribly as a lark, a joke. With the boys displaying such a casual attitude toward abusing a dog, one wonders how long this sort of treatment has been going on. They think abuse is funny.

After Coats Keshawn posted the video, the reaction was immediate, and the video went viral as thousands of people shared the video — and their outrage, posting comments like “What’s wrong with you?” 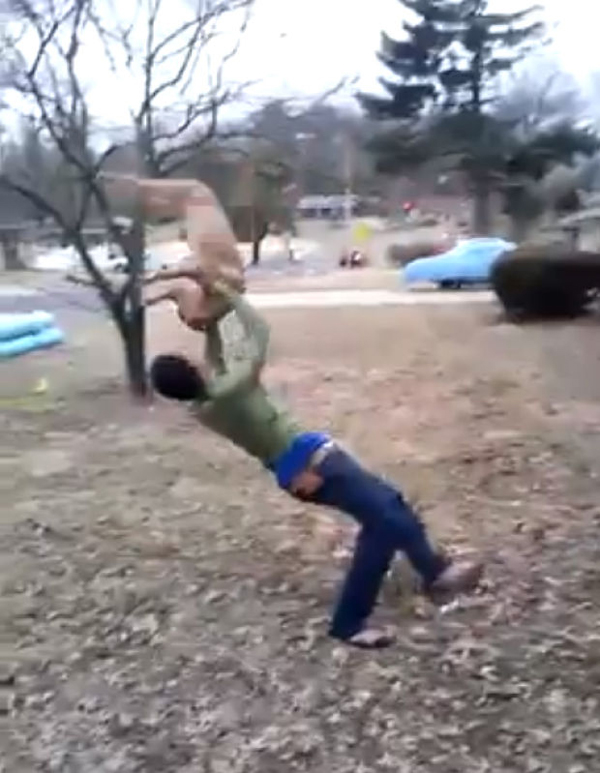 Missouri’s Humane Society got wind of the video and immediately launched an investigation.

“Plain and simple, that’s animal abuse,” said Mike Perkins, director of the Missouri Humane Society’s abuse task force. “We’re following up as many leads as we can. … Once we were able to piece together some of that information we contacted county police and had our investigators meet them.”

St. Louis County Officer Brian Schellman, a spokesman for the department, said police began getting calls from outraged people around 12:30 p.m. on Thursday, according to the St. Louis Post Dispatch.

“Apparently, this was a Facebook post that spread far and wide pretty quickly,” Schellman said. “We’ve gotten about 50 calls from people nationwide.”

The suspects in the video were quickly identified and were soon taken into custody. Perkins says he wants them punished to the maximum extent of the law, and he says he is encouraging prosecutors and the police department to file every charge applicable. 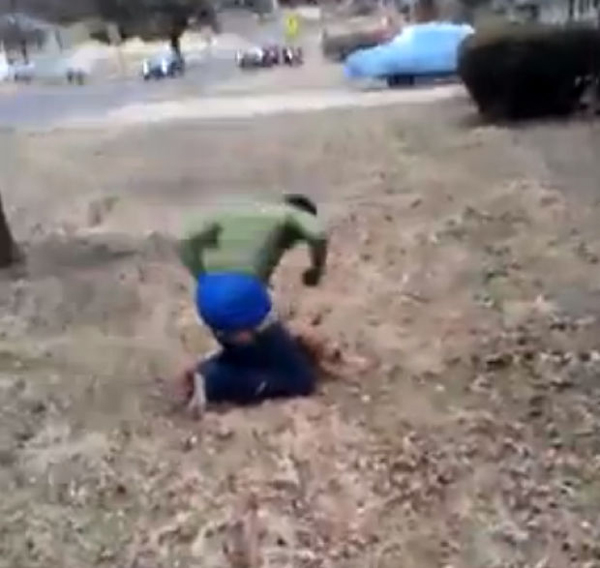 Fox 2 caught up with the mother of one of the teens who was headed to go see her son at a juvenile facility.

“I’m shocked about what happened, because I didn’t think my son could do something like that, no way,” she stated.

Fortunately, the dog seems to be fine. Animal control officers say the dog is doing well and may eventually be put up for adoption. A staff member reached on Thursday afternoon told the St. Louis Post Dispatch that “the dog is safe and there’s an open investigation.”

The video was removed from YouTube, but if you want, you can still watch it here. Caution: The footage is graphic.