Next on The Scoop: A Case of the New Dog Flu Has Been Found in Texas
In the News

The "Pirates of the Caribbean" star brought his Yorkshire Terriers into the country illegally, and the government is playing hardball.

Johnny Depp is on notice, via the Australian government. He has till Saturday to fly his dogs Pistol and Boo out of the country, or else the government, specifically Agriculture Minister Barnaby Joyce, will, er, kill them.

Yes, the Agriculture Minister of Australia is on record saying he will kill Depp’s dogs. “Mr. Depp has to either take his dogs back to California,” said Joyce. “Or we’re going to have to euthanize them.”

Now is a good time to look at those dogs: 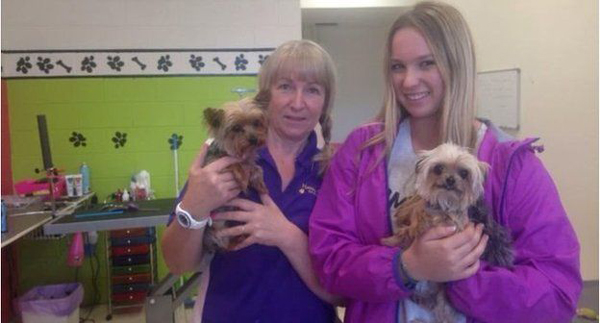 Pistol and Boo, under the hammer of the Agriculture Minister, facing the last days of their lives.

“It’s time that Pistol and Boo buggered off back to the United States,” Joyce said. 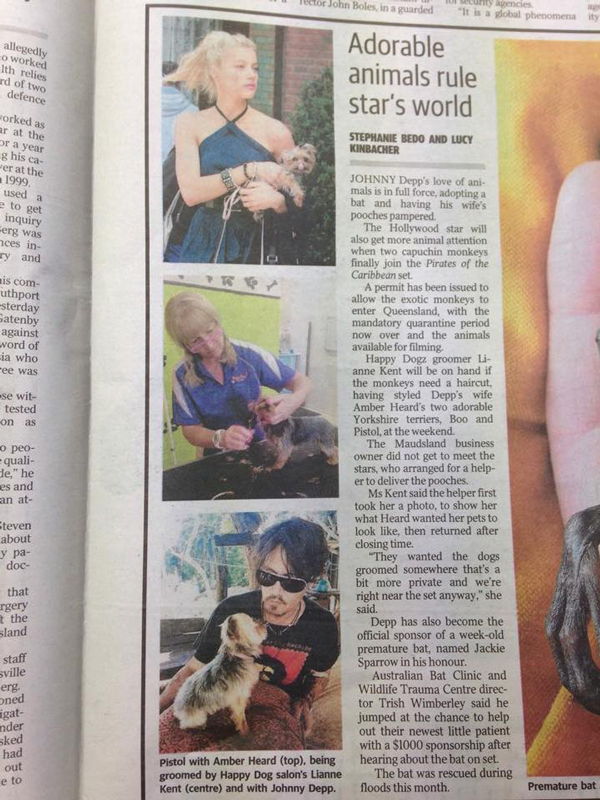 What are the dogs’ crimes? Let’s see: They’re in the country illegally, for one, and … wait, that’s it. In the country illegally. Depp, you see, didn’t put his dogs through quarantine when he brought them into the country, which, obviously, was a very stupid thing to do — quarantine laws are good things in most cases, helping to keep diseases such as rabies from gaining a foothold.

What Depp did was this: He brought the dogs in on his private plane. He’s in the country because he’s filming yet another installment of the Pirates of the Caribbean movie series, so he tucked his dogs into his private plane and then brought them to the villa he’s renting. His ruse was revealed when the dogs’ handler took them to a Gold Coast groomer for a little freshening up.

The Agriculture Minister appears to be having a good time with all the publicity.

“If you start letting movie stars — even though they’ve been the sexiest man alive twice — to come into our nation (with pets), then why don’t we just break laws for everybody?” Joyce said.

He also said that if he does kill the dogs, “I don’t expect to be invited to the opening of Pirates of the Caribbean.”

What a funny guy. It’s nearly unthinkable for Depp’s dogs to actually be put down during this kerfuffle, but let’s hope it doesn’t come to that. Send the boys home, Depp.