Next on The Scoop: DJ Richard Blade’s Facebook Post About His Dog’s Passing Will Break Your Heart

Help Save Dottie, an Abused and Abandoned Dog in Brooklyn

She's a total sweetie searching for a forever home.

Ashley Affrunti and her husband were on a gentle walk around the Park Slope area of Brooklyn when they came across a dog that seemed in distress. She looked emaciated and possibly abused, with her spine and hip bones clearly showing.

They took her home and named her Dottie after calling around local shelters and being told there was no room at the proverbial canine inn. Dottie is now in need of a forever home. 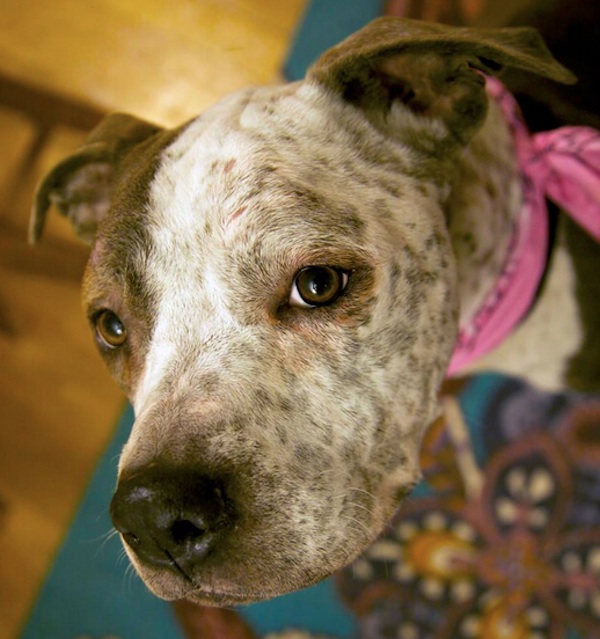 They took Dottie to the vet, who concluded she might not have been fed for nearly two months and is extremely underweight. She also has a wound on her hip. X-rays showed a foreign object in her stomach. (The possibility of Dottie having been abused has not been ruled out.) 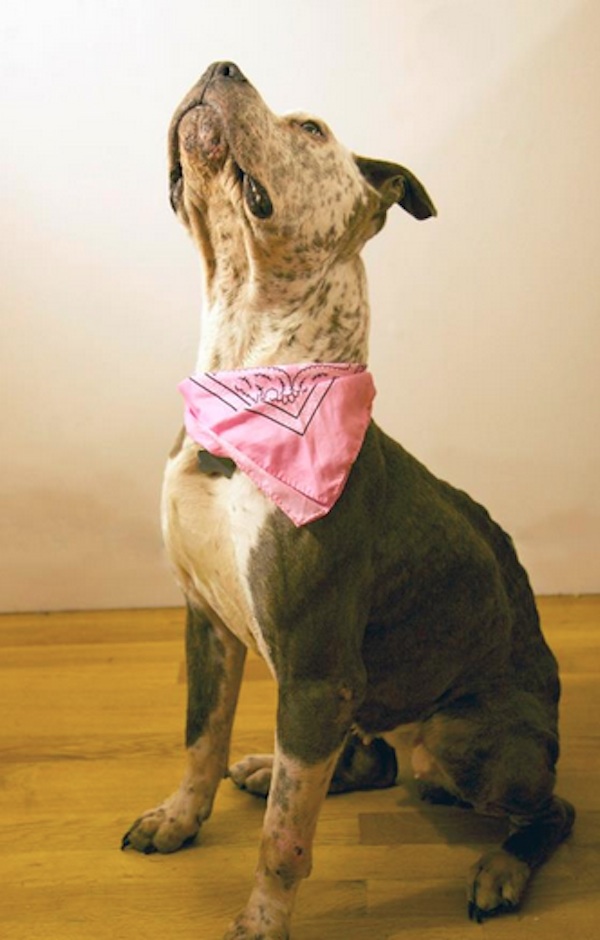 The couple set up a fundraising effort to cover Dottie’s medical bills; the initial target of $5,000 has been raised in less than one day. 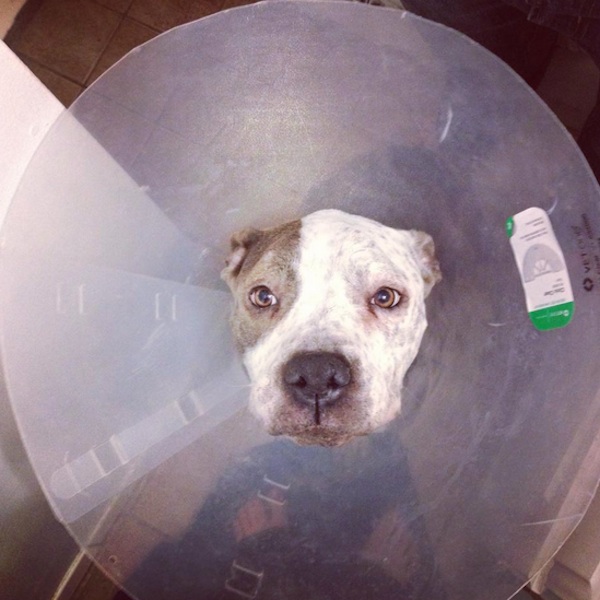 We hope Dottie is on a path to recovery. Her Facebook page reports that she’s a total sweetheart who’s tolerant of other dogs (she’s currently enjoying a six-year-old Pit Bull mix called Mason as a roommate), doesn’t chew furniture, and seems house-broken.

She also likes wearing a pink neckerchief — we suspect Menswear Dog would approve. 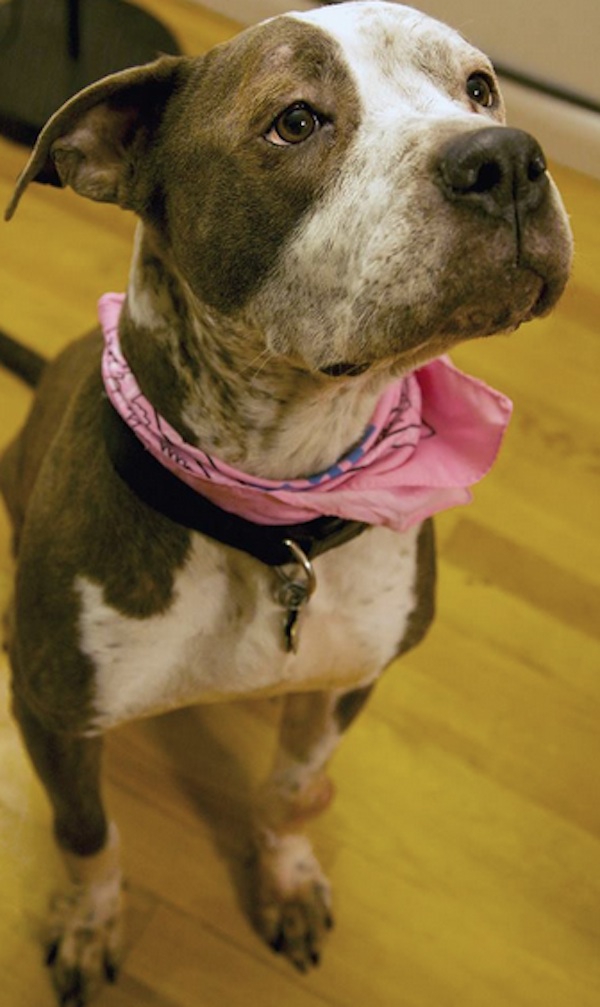 As if you needed convincing, here’s a picture of that lovable face again. 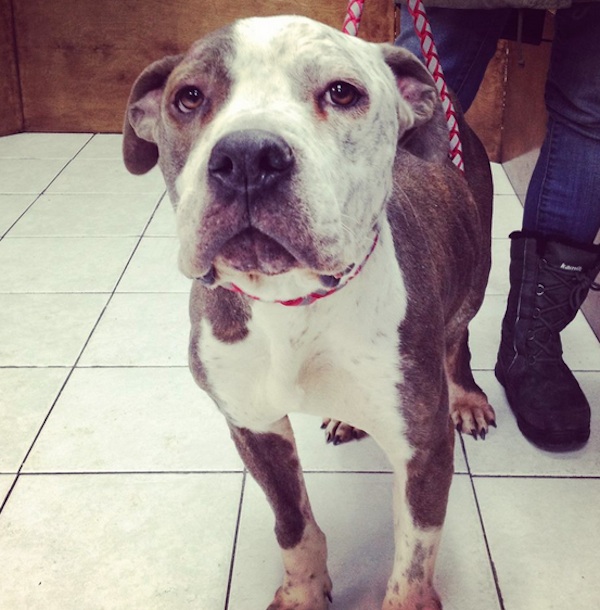 One comment on “Help Save Dottie, an Abused and Abandoned Dog in Brooklyn”