Next on The Scoop: Tennis Star Andy Murray Saves a Labradoodle from a Busy Road

Do You Ever Wonder About Your Shelter Dog’s Life Before You?

We've had 6 great years with Sasha, but I wonder what she was like as a puppy and what her old life was like. Have you had these thoughts?

We adopted our dog Sasha six years ago from a local animal rescue group, Nike Animal Rescue Foundation. About 20 percent of all dogs with homes are adopted from animal shelters or rescue groups, according to the Humane Society of the United States. We love her dearly and not a day goes by that I’m not grateful that we adopted her.

Still, there are questions that pop into my mind regularly, and I wonder if other parents of rescue dogs have the same questions. Here are five things I’d like to know about Sasha:

1. When is her birthday?

We don’t know when she was born, so our birthday celebrations happen on the day we adopted her, May 31. Sasha’s birthday celebration usually consists of a new toy for her to destroy and a special treat. We don’t invite any other dogs over because she’s more interested in other people than other dogs. And I’m sure she’d appreciate playing pin the tail on the squirrel, but that has yet to happen. 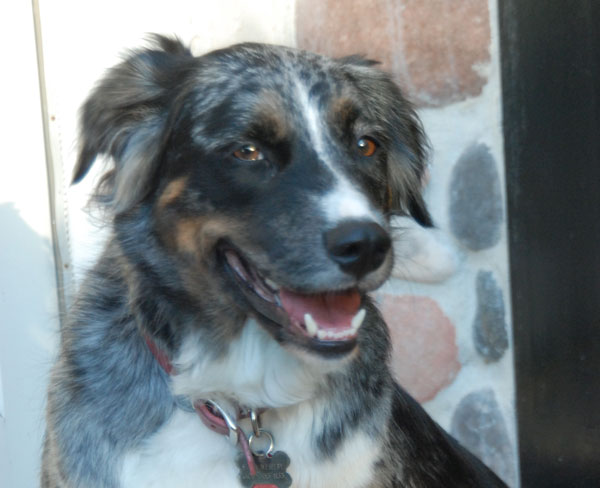 The papers from the shelter estimated her to be between two and a half to three years old when we adopted her. That makes her between eight and a half and nine years old today. In my mind, I always lean toward the younger age, because I don’t want her to get older and die (which, yes, I realize doesn’t actually change her age). And even then, without an actual birthdate, it’s just an estimate.

3. What was her life like before we adopted her?

I do know that she came from an animal shelter more than 300 miles from here. Her foster mom at the rescue group told me she lived with a family who had a sick child, and taking care of a dog as well was just too much for them. When I relayed the story to my husband, he said, “Yeah right.” He thought it was just that — a story. We’ll never know the truth. But I can guess that she was left outside quite a bit because now she has no interest being left outside unless it’s to go on a walk or to chase a squirrel. She is definitely an indoor dog. 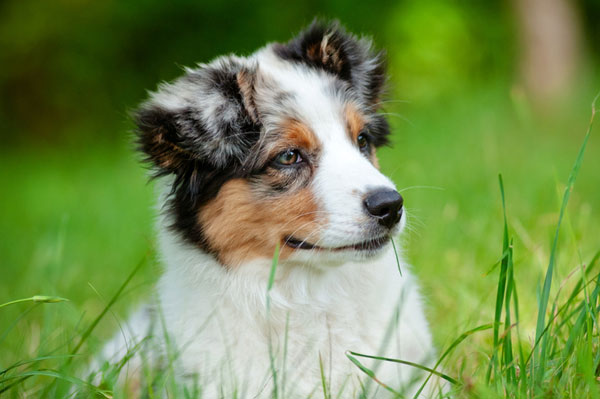 I often wonder what Sasha looked like as a puppy. I’m sure she was cute, but how cute was she? I volunteer with a dog rescue group, and I see a lot of photos of puppies up for adoption. When I see a puppy resembling an Australian Shepherd or a Border Collie, my heart skips a beat, and I begin to imagine Sasha as a young pup. Which leads to my next question … 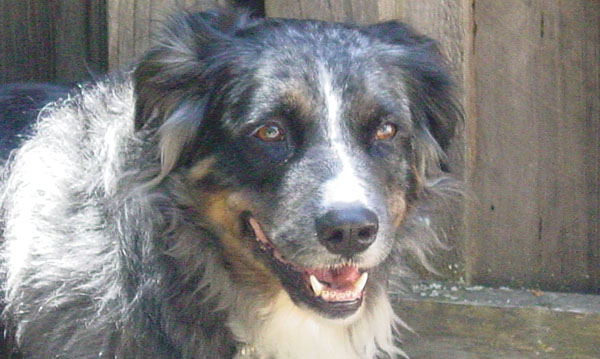 5. What breeds were her parents?

When people ask me what breed she is, I answer, “Australian Shepherd and Border Collie mix” or “Australian Shepherd mix,” followed by, “I think.” We can never be certain of her lineage. Some people have even mentioned that she looks like an Australian Cattle Dog, and it’s possible. I suppose we could find out for sure by having her tested with one of those pet DNA kits. But we’ve been going by our story for so long that I think we’ll stick to it.

How about you? What do you wonder about your rescue or shelter dog? Tell us in comments!

About the author: Cathy Weselby is a purple-lovin’ ambivert who enjoys exploring new places and ideas, the arts, humorous memoirs, collecting old magazines, and making collages. She and her husband live with Sasha, a rescued Australian Shepherd/Border Collie mix, in the Santa Cruz Mountains of California.

2 comments on “Do You Ever Wonder About Your Shelter Dog’s Life Before You?”