Next on The Scoop: This Bonehead Poured Hot Sauce on a Dog to Make Him Stop Yelping

And the Oscar Nominees for Best Canine Actors Are …

Okay, so the Oscars don't recognize dogs. But I do! Here are my five favorite dog actors of 2013.

On Sunday, the Academy of Motion Picture Arts and Sciences will honor the men and women of Hollywood for their cinematic performances of the past year. But the academy has made a huge oversight by ignoring our furry friends and the work that they do to make movie magic. It isn’t easy to do tricks, save humans or even sit still for extended periods of time, and these dogs deserve some recognition.

In 2011, Uggie in The Artist might have taken the honors, and last year it could have have been Freeway starring as Casey in Darling Companion. For 2013, who stood out? Since the academy refuses to weigh in, allow me to present my top five nominees for Best Canine Actors: 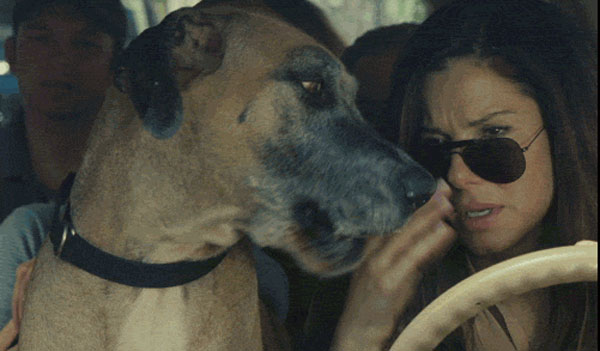 1. Kevin Garnett in The Heat

A Great Dane plays Kevin Garnett (named after a Brooklyn Nets basketball player), who is the Mullins family dog. The dog’s biggest scene is patiently sitting in an overcrowded minivan while chaos ensues around him — not an easy feat. I know my dog would be unable to do the job!

2. Baby Boy in Behind the Candelabra

A partially sighted Miniature Poodle named Baby Boy played one of Liberace’s dogs in this HBO movie starring Michael Douglas as Liberace. Baby Boy was so convincing in this role that he won the Palm Dog award from the Cannes Film Festival for his performance. 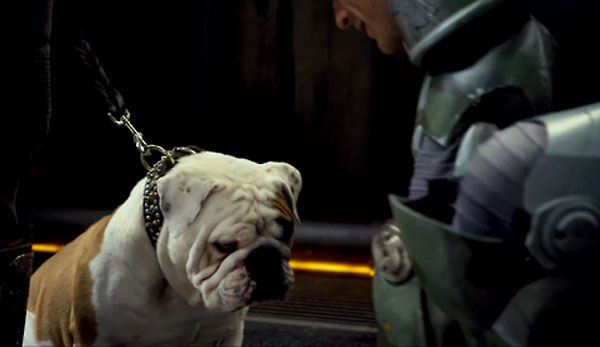 The main character, Chuck (played by Robert Kazinsky) has a pet Olde English Bulldogge named Max. Director Guillermo del Toro added Max to the movie in order to serve as a bridge between Chuck and his brother Herc, who have difficulty communicating. Max helps the fictional brothers express their love for each other, just as many dogs do in real life. Max even has a keen following on Tumblr. 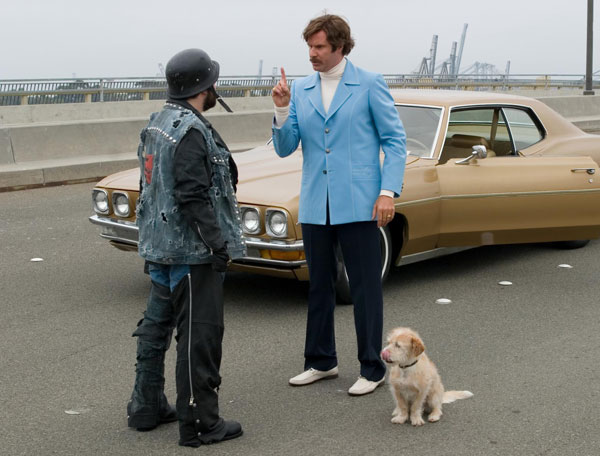 4. Baxter in Anchorman 2: The Legend Continues

Baxter, played by a Border Terrier mix named Peanut, is back as Ron Burgundy’s trusty sidekick. In the first movie, Baxter saved Burgundy from being mauled by a bear and this time he saves Burgundy from a shark attack. Burgundy believes the shark is a long-lost friend and swims out to hug it. Clearly, Baxter is one of the smarter characters in the movie. According to the American Humane Association, a stunt dog was used to perform the swimming scenes.

5. Sadie in The Conjuring

Have you ever noticed in horror movies that dogs seem to sense when something is amiss? This is the role of Dusty, who plays Sadie the Dog, in this spine-tingling thriller. The family arrives at their newly purchased dilapidated farmhouse, but the dog refuses to go in. Too bad the family didn’t listen their best friend … 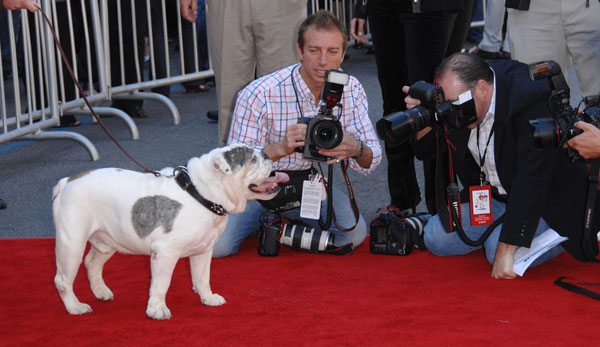 So, what do you think? Did I miss any great canine performances from last year? Tell me in comments!