Next on The Scoop: Let’s Talk About Pit Bulls and Breed-Specific Legislation

If you cock your head and think about rainbows and marshmallows when you’re watching Breaking Bad, you can lull yourself into thinking that every time Aaron Paul’s character Jesse Pinkman says “bitch,” he’s talking about a female dog. 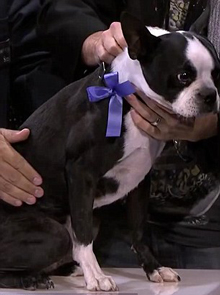 He talks about dogs constantly, that Jesse Pinkman.

Jesse recently talked about his love of female dogs to Vulture magazine: “So many people come up to me and say, ‘Please, just call me a bitch.’ Or on Twitter they’ll go, ‘It’s my wife’s birthday,’ or, ‘It’s our anniversary, will you please call my wife a bitch?’”

So many dog lovers!

On Wednesday night, we got a surprising example of Jesse’s unique appreciation of female dogs, when he appeared on Jimmy Kimmel Live! Apparently, the actor has a tremendous talent: He can identify female dogs — bitches — while blindfolded, just by petting them. And when Aaron Paul takes this amazing talent onto national television, it allows him to bellow “bitch” to America, over and over again, just like Jesse Pinkman. It’s heartwarming. 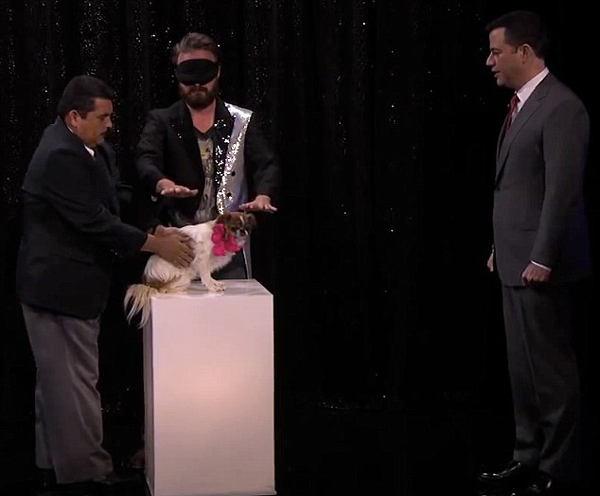 Kimmel, however, was skeptical at first, and he gave the actor a thorough testing, bringing about a number of dogs. It was only after Aaron was able to say “bitch” an appropriate number of times for everyone to die laughing that Jimmy was convinced.

“That is the most incredible thing I’ve ever seen,” the host said. “Take a bow.”

Hey, and check out The Dogs of “Breaking Bad” if you want to see what kind of dog we think Jesse Pinkman is.