Next on The Scoop: Uber Driver Leaves Blind Woman With Service Dog Stranded

A Golden Retriever Fails an Obedience Contest in a Glorious Way

Sometimes it's more fun to ignore the rules and get right to the treats.

Sometimes it’s just not worth acting like you’re supposed to. Life just puts a whole bunch of treats in front of you, there for the taking, and it’s a lot more rewarding to grab them in a mad frenzy than it is to obey the rules.

I’m not being metaphorical here. This is exactly what happened at a dog obedience contest in Finland. The object was that each dog was supposed to sit at one end of a strip, then run directly to their trainer, completely ignoring the tempting meat snacks and toys lined up along the sides. In the video below, you can see the first two dogs execute the course perfectly: They come when called, acting as if there weren’t tasty sausages and squeak toys sitting mere inches away. 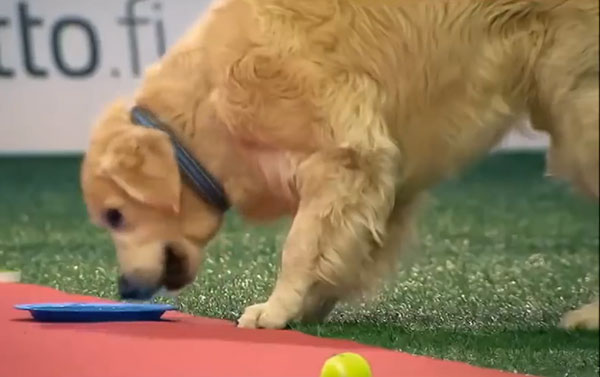 The third dog, a beautiful Golden Retriever, had a completely different philosophy toward the contest. It starts out well: He approaches the starting line and sits with calm dignity, but then when his trainer calls him, well… there are all those treats. They’re just sitting there. And he decides to go for them. 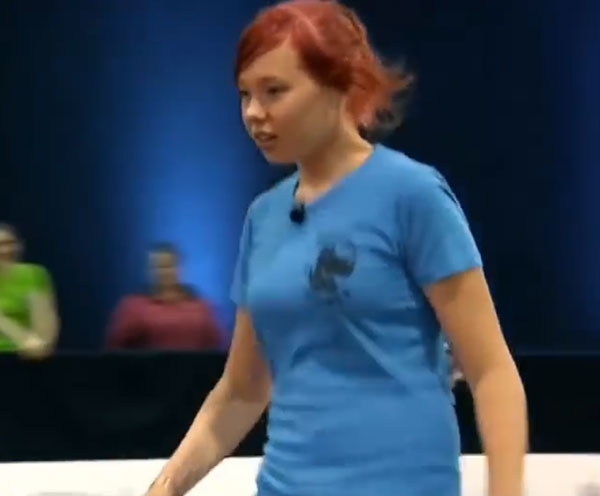 The best thing about this video is how the dog goes for all the treats with such unashamed abandon. He can’t even really decide which one he wants. He just tries to grab everything within reach: first a stuffed toy, then some sausage, then back to another toy. The Huffington Post’s writeup of the video describes it as a “delightful rampage,” and it’s really hard to come up with two words that describe it better. I know that the dog’s owner is probably mortified right now, but in a way, this dog is my hero today. Sometimes you just have to go for the treats, especially when someone’s already lined them up in neat rows for you.