Next on The Scoop: Puppy Found on Conveyor Belt at S.F. Dump

A heartwarming tale for Christmas: Local residents have stepped up to help feed the dogs.

After Friday’s news about how Phoenix has become the latest city to ban pet stores from selling animals bred by puppy and kitten farms, it’s worth remembering why puppy farms are considered such a problem. While the one that was found this weekend in Lincoln County, Wisconsin, is an extreme case, it’s an excellent example of the problems the pet market causes.

This Saturday, 50 dogs were rescued from a house near the town of Gleason. The building had no heat and had already been condemned. Connie Cimino, a volunteer for the Lincoln County Humane Society who helped rescue the dogs, described the condition of the house as appalling (Warning: autoplay video) for either humans or canines.

“I had never seen anything like that before,” she told the Wasau Daily Herald. “The home was in deplorable condition. You would be stepping in feces, and there was urine everywhere. The couple was sleeping on a mattress. The smell was unbelievable.” The dogs were a variety of breeds, including Australian Shepherds, Chihuahuas, and small mixed-breed dogs. 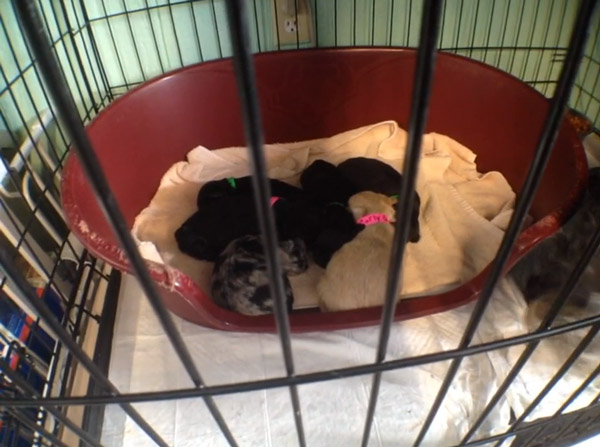 On the good side, this wasn’t a raid, where the police swarmed in and slapped on the cuffs. The owners themselves had contacted the Humane Society about taking about 20 of the dogs. When volunteers saw the condition of the house and the dogs, they persuaded the couple to surrender all of them.

Certainly some of the dogs were intended to be sold, but it’s unclear exactly how much of the situation was a fly-by-night puppy mill and how much of it was a hoarding compulsion. Patrick Hoerstmann, the Society’s board president, said that the dogs were mostly in good health, but another night inside the house without heat could very well have killed some of the younger dogs. Right now, Weather.com reports that Gleason’s temperatures range from 19 degrees Fahrenheit in the day to below zero at night. 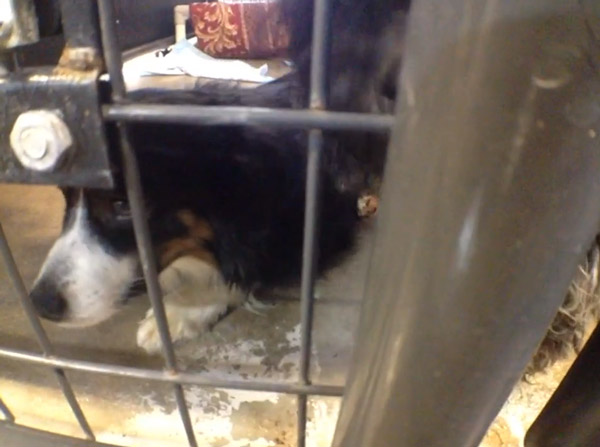 The sudden influx of 50 dogs, which all have to be fed, watered, spayed, and neutered, is putting a huge strain on the resources of the Lincoln County Humane Society. Hoerstmann estimates that spaying and neutering alone will mean $8,000 to $10,000 in expenses.

But fortunately, there’s a really heartwarming element to this story: The people of Lincoln County have enthusiastically stepped forward to help the dogs and their new caretakers. Shelter Manager Liz Friedenfels says that “There’s been such an outpouring of support it’s been incredible. Walmart sold out of canned dog food yesterday.” The shelter is still in need of cleaning supplies and milk replacer for dogs that are still nursing.

As of right now, the couple who were keeping the dogs aren’t facing any criminal charges.