Next on The Scoop: I Went Out for a Cheeseburger and Saved a Dog Instead

A fund has been set up in the name of Sarah Jayne Orton, who asked her friends for shelter donations at her birthday party shortly before she died.

When Sarah Jayne Orton turned five last May, she didn’t ask for a pony, or videogames, or toys, or any of the other things that five-year-olds typically adore. She wanted everyone at her party to donate to the Baltimore Humane Society, where the family dog Scooter had been adopted. 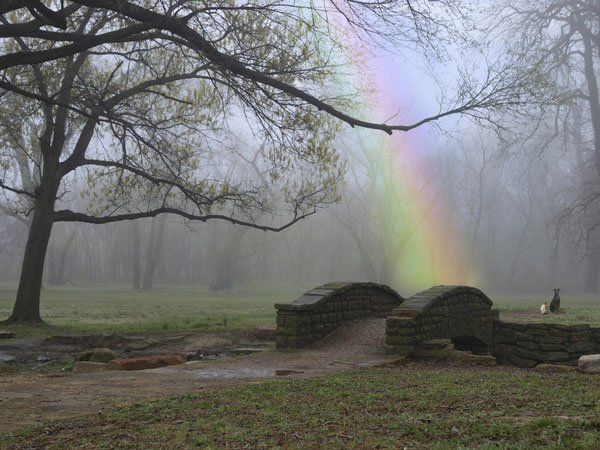 Tragically, that was Sarah’s last birthday. On Oct. 10, she died at the Johns Hopkins Medical Center less than 36 hours after becoming ill. Her cause of death is still unknown, but her parents know they want her to be remembered: In her honor, they created the Sarah Jayne Orton Memorial Foundation to care for animals at the same shelter that she wanted to support with her birthday party.

Her family remembers her as a child who always wanted to help out others, even children who she didn’t know. Her father told the Carroll County Times that the weekend before Sarah Jayne died, the family went to Hershey Park, in Pennsylvania. Sarah buckled other children into their seats, and when one child fell out of a spinning teacup and started crying, she held him until he stopped. 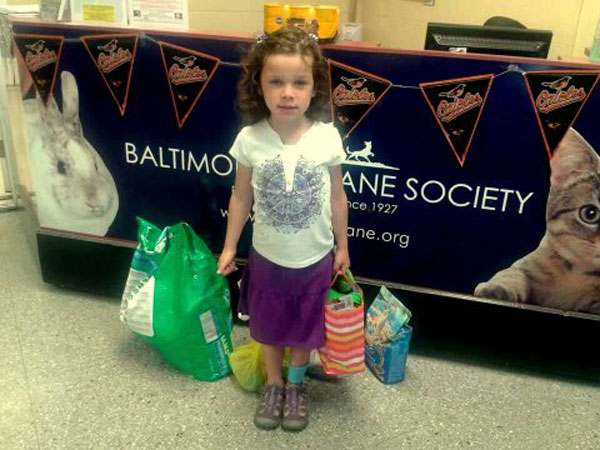 “Her favorite color was rainbow,” her father said. “I tried to explain several times — to get her to pick a favorite color. But, she was convinced. Everything had to be rainbow.”

In memory of that, her classmates sent cards of remembrance with rainbows on them, rainbow pins were passed out at the funeral, and the family has made several dozen rainbow-colored bracelets to pass out to their friends.

And of course, pet lovers have a deep appreciation for the significance of that image in the passing of a loved family member. Her aunt, Nicole Mathews, said that “We all take comfort in knowing that Sarah is now with her beloved pets at the Rainbow Bridge, looking down and smiling that her legacy lives on.”

That legacy, of course, will be the fund that her family has founded in her name, so that homeless animals might have a better chance of finding their own permanent families. The Baltimore Humane Society, a no-kill shelter, will be honoring her with a plaque at its dog kennel; donations can be made to the Sarah Jayne Orton Memorial Foundation on their website.