Next on The Scoop: Zeus, The World’s Tallest Dog, Dies at Age Five

September turned into "Snowtember" in Calgary, Alberta, and the video reaction of a rescue dog from California has gone viral.

While a freak snowstorm dominated the news cycle in Alberta recently, the video of Link’s first encounter with the cold white stuff became a welcome distraction. Link’s reaction to his first Canadian snowfall was picked up by media outlets, finding a home between headlines about downed trees, power outages and frustratingly slow commutes. As Albertans collectively cursed Mother Nature, we also clicked on Link’s video, which found its way onto YouTube’s ‘most popular’ page.

“It was put on [YouTube] with the thought that friends and family would think it was cute, but instead it became a pretty big thing,” says Calgarian Melissa Murtagh, who welcomed Link to his forever home back in April.

As of this writing, over 88,000 YouTubers have watched Link’s snowy backyard excitement. Murtagh posted the video during the first day of the snowfall, and it was quickly picked up by media outlets.

“I am glad people are enjoying it,” says Murtagh. “Link is also enjoying all the extra attention.” 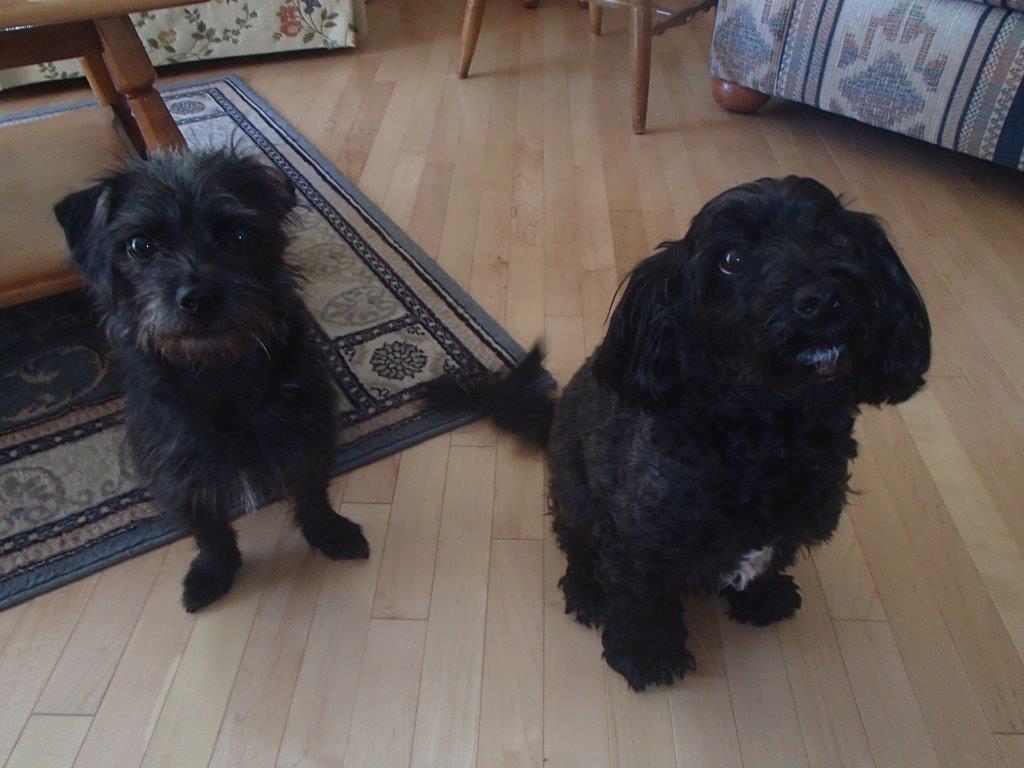 Before finding his way to snowy Calgary, Link first had to find his way out of a shelter in Orange County, California. The warm-blooded terrier came to Murtagh through an international adoption agency that rescues dogs destined for euthanasia in the southern United States.

“He is a healthy and loving dog, but he does get very scared of strangers and cars,” explains Murtagh. “We are currently working with a behaviourist though to help him build confidence.”

Murtagh thought Link would have the opportunity to adjust to colder Canadian temperatures this fall, and figured she had a couple more months to prepare the American-born pooch for his first encounter with snow. Unfortunately for Link (and the rest of us here in Alberta), there was no adjustment period between summer and snow.

“He actually seemed pretty confused at first, he kept trying to lift his back paws so they weren’t touching,” says Murtagh.

Once Link got used to the chill he decided the snow isn’t that bad. “He loves it, although his excitement tempered somewhat. He enjoys throwing it around and running through it – but the snow’s almost melted so he will have to wait a bit before he can play in it again.” 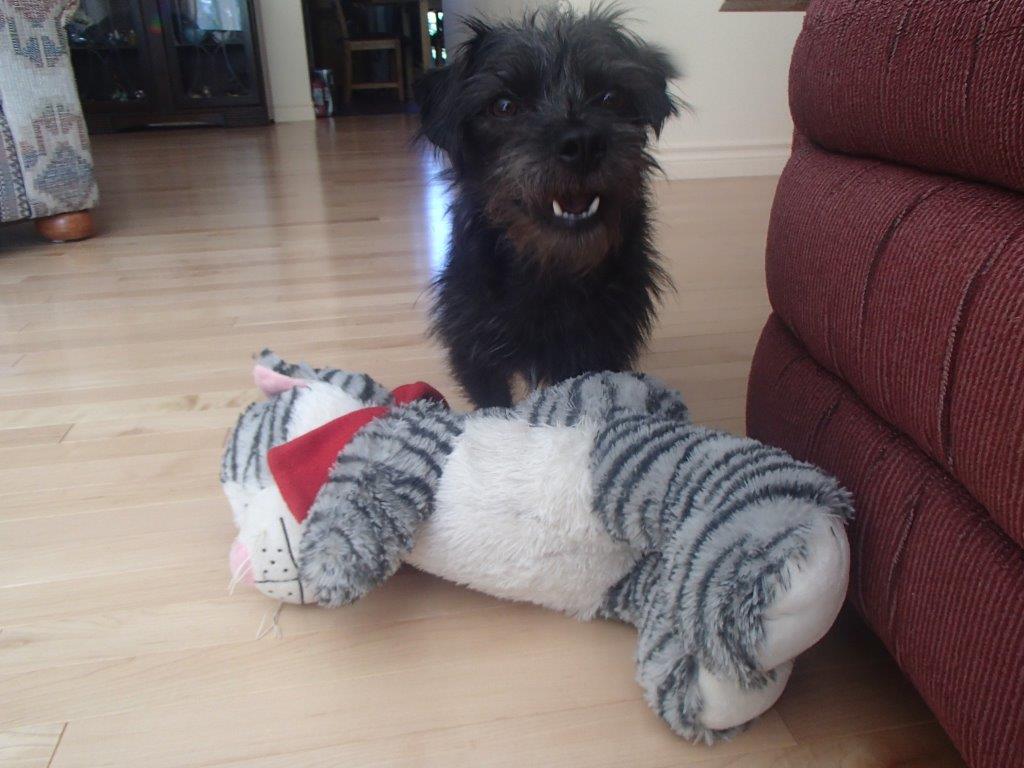 The snow may be gone, but it’s still pretty chilly in Alberta (I wore a parka and mittens to the dog park the day of this writing).

Murtagh knows the snow will be back, and next time her California Cairn will be ready.

“It gets quite cold in Calgary, and he doesn’t have much fur on his belly. We ended up getting him a sweater and a winter jacket for when the temperature starts to fall, so that he can still play outside.”

If only all of us Canadians could be as excited about snow as Link is.

What did your dog think of his first encounter with snow? Was he excited like Link, or chilled to the bone? Let us know in the comments.

About the author: Heather Marcoux is a freelance writer in Alberta, Canada. Her beloved Ghost Cat was once her only animal, but Specter the kitten and GhostBuster the dog make her fur family complete. Heather is also a wife, a bad cook and a former TV journalist. Some of her friends have hidden her feed because of an excess of cat pictures. If you don’t mind cat pictures, you can follow her on Twitter; she also posts pet GIFs on Google +