Next on The Scoop: 5 Dog Breeds Talk About Why They Often End Up in Animal Shelters and With Rescue Groups
Obsessions

This social media superstar has a fluffy butt and a man bun!

Editor’s note: Have you seen the Dogster print magazine in stores? Or in the waiting room of your vet’s office? This article appeared in our February-March issue. Subscribe to Dogster and get the bimonthly magazine delivered to your home.

Rocco the Old English Sheepdog is mostly fluff. His owner, Erin Einbender, said, “He has to have a man bun so he can see, and he has a super fluffy butt. He makes people look up from their phones, forget about what’s happening in their life for that moment, and smile!” 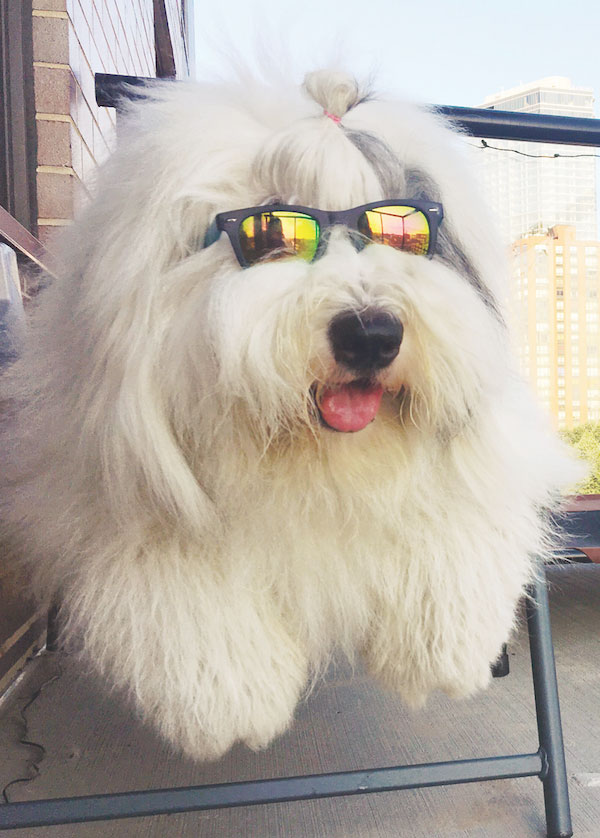 The 2-year-old fluffball has become famous on social media, with 332,000-plus followers, especially after a video of him hilariously trying (and failing) to climb onto a chair went viral and was featured on multiple TV shows. Now living in Chicago, Rocco and Erin “get stopped on the street constantly because people of all ages want to pet him and take a picture with him,” Erin said. He’s so popular that Erin even made him business cards! “My goal is for him to eventually be a therapy dog,” said Erin, who wants to bring him to children’s hospitals and nursing homes.