Next on The Scoop: Olivia Lazer Photoshops Her Dog’s Face Onto Pop Culture Icons, and It’s Wonderfully Weird
Obsessions

The Chocolate Lab steals the show - she even faced down an alligator in a zombie house's swimming pool!

I’m a big fan of home improvement and zombie shows. So when the FYI channel (a division of A+E) launched Zombie House Flipping, a reality TV show based in Orlando, I was completely on board. But then, it got even better.

One of the show’s stars is Marley, a chocolate Labrador Retriever! He doesn’t just lie around either; in one episode he found himself face to face with an alligator in the home project’s abandoned swimming pool. 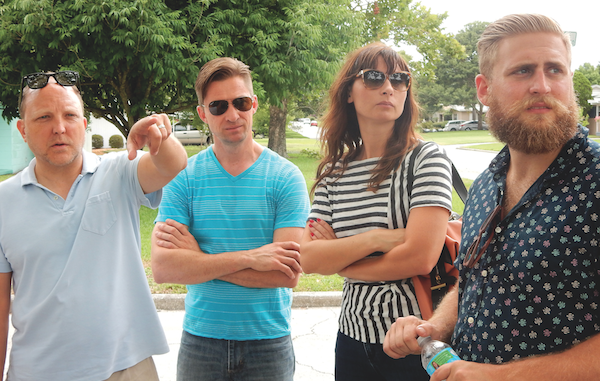 Zombie houses are vacant homes that blight the otherwise nice neighborhood, in need of a lot of TLC before they can be livable and on the market again. The show stars Marley’s house flipping pet parent Justin Stamper, builder Keith Ori, designer Peter Duke, and realtor Ashlee Casserly. It launched in January 2016 with eight one-hour episodes, and you can watch full episodes at fyi.tv.