Next on The Scoop: Mariah Carey Wears Bikini to Walk Dog in Snowstorm

The 12 Dogs of Christmas: Misfit the Blind Doberman

Each day we recap the awesome dogs of 2013. Today we profile a lone litter survivor.

After checking in on the Oklahoma tornado pups yesterday, here’s another of our Monday Miracles … 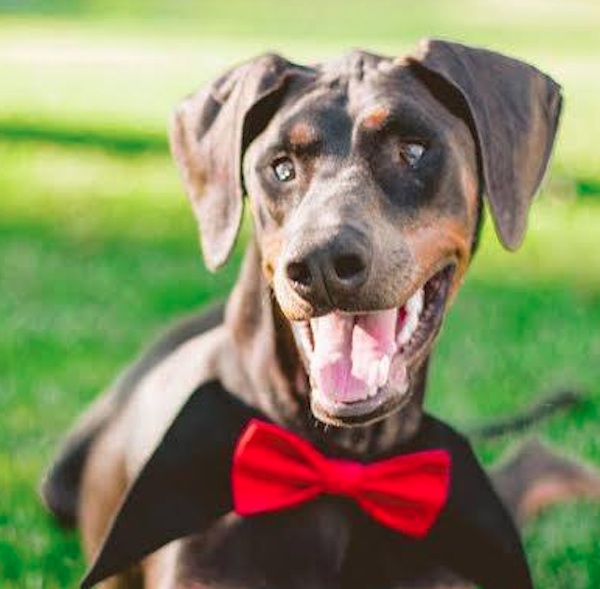 The story of Misfit the Doberman begins on a downbeat note: He was not only the sole survivor of his litter, but he was also born blind. But that didn’t stop him finding a forever home in Maryland, where he lives in tandem with a feline companion called Willis. He now proudly bills himself as “special, not needy.”

When we first reported on Misfit back in June, we remarked how the then-nine-month-old pup had managed to learn the layout of his abode and start to enjoy the usual canine hobbies of trips to the park, play sessions with toys, and, er, hopping around the yard like a bunny rabbit. To this repertoire it seems Misfit has since added dressing up in a collection of seasonal outfits and taking nervy but formative steps into flocking in the snow. (“I really don’t like it, but moms coaxed me out with a treat,” Misfit is reported as barking.)

For 2014, Misfit will also be part of the inaugural National Dog Celebrity Pack Calendar venture, which is not only packed with month-by-month pics of dogs but sees a portion of proceeds going towards canine charities.

Check out some cuteness with Dogster: