Next on The Scoop: 8 Tips for Taking Pictures of Your Dogs With a Cell Phone Camera

Ask a Vet: Is It Safe for Dogs to Share Thanksgiving Feasts?

Most Thanksgiving foods are okay in moderation, but it's the extras in some foods -- and excessive consumption -- that cause dogs problems.

The short answer, unless your dog has specific food allergies or intolerances, is yes and no.

The real trouble is rarely caused by humans sharing their dinners with their canine friends (again, unless the dogs have specific issues with foods). Problems occur mainly when humans, lazy and full and tipsy after plenty of food and wine, leave the leftovers out where the dog can get to them. I have known Labrador Retrievers and Beagles to consume entire turkey carcasses; even less voracious eaters will still massively overindulge if given a chance.

The classic case that develops on National Day of Canine Pancreatitis proceeds like this. After dinner, the family adjouns to the living room to watch football. The dog sneaks into the dining room or the kitchen or the trash area and helps himself to a massive quantity of turkey — especially the delicious rich skin — and whatever else he can get his jaws on. The fat in the turkey skin overwhelms the dog’s pancreas, which produces the enzymes that digest said fat. The overwhelmed pancreas responds by releasing enzymes aberrantly, causing digestion of the organ itself. Vomiting, diarrhea, and pain occur. Severe cases can be life threatening or can lead to diabetes later.

What about people who keep the leftovers locked down but who want to share some of their feast (in moderation, of course) with their dogs? Here is the rundown on the common Thanksgiving foods that are (and aren’t) safe for dogs — or at least those dogs who don’t have any food allergies or intolerances.

Turkey: White meat turkey is generally among the safest things that can be fed to dogs. The dark meat is slightly richer and therefore less safe. Skin is a no-no in anything but the smallest quantities. 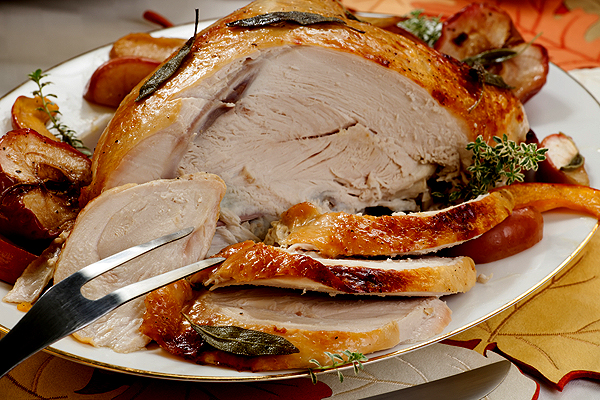 Stuffing: This tasty item usually contains onions and garlic. Onions and garlic are potentially toxic to dogs, but the good news is that it takes quite a lot of them to cause problems. The drippings in the stuffing also pose a pancreatitis risk. And I am told that some folks put raisins in their stuffing. Remember that grapes and raisins are extremely toxic to some dogs and should never be fed to them. Long story short: A small quantity of raisin-free stuffing probably won’t harm most dogs.

Mashed Potatoes: Just thinking about the quantity of butter and sour cream that I put into my potatoes makes my pancreas hurt a little (although in humans it is the wine served with the meal, rather than the grease in the meal, that seems most likely to trigger pancreatitis). I also load ’em up with garlic and onion, but never in a quantity sufficient to hurt my pal Buster. If the potatoes are super rich, then it’s best not to feed them to the dog. If yours are more healthy than mine, then a little bit probably won’t hurt. 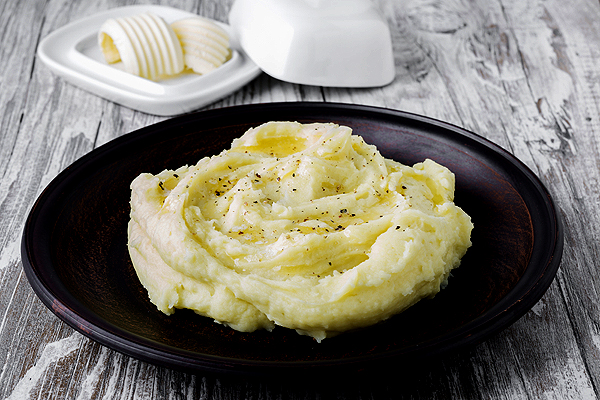 Green bean casserole: The creamy beans could theoretically cause pancreatitis if consumed in sufficient quantities, and the yummy canned onions on the top should be avoided. But again, a small quantity of the non-onioned part probably won’t cause damage.

Cranberry sauce: Cranberries aren’t poisonous to dogs, but be cautious with the heavily-brandied variety because most dogs are sloppy drunks. 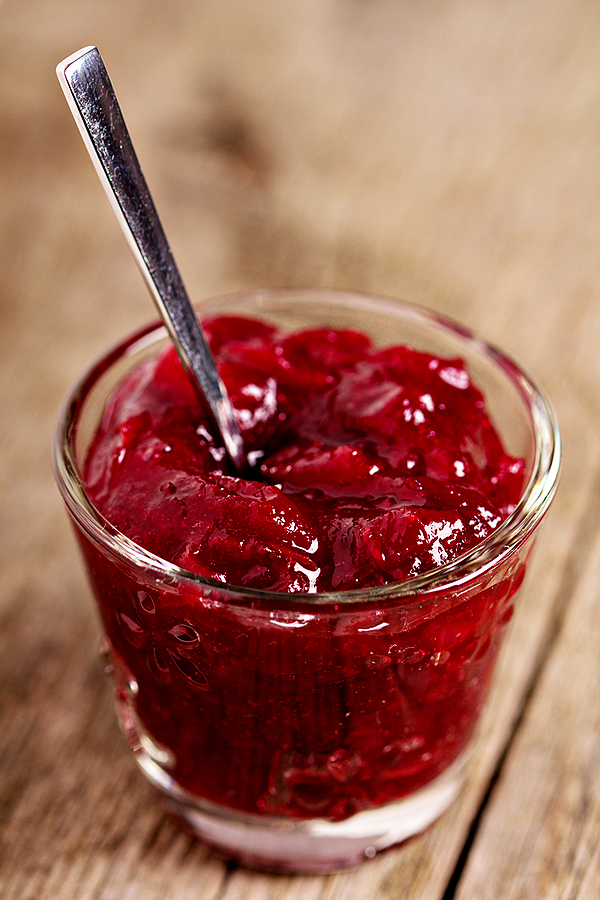 Gravy: The drippings and giblets are rich, but when consumed in small quantities gravy is not likely to hurt most dogs.

So there you have it. Most dogs can tolerate a bit of most Thanksgiving foods as long as they are consumed only in small quantities.

However, if you stumble out of the living room and discover that your dog has broken into the trash or consumed most of the leftovers, then you will need to monitor him for signs of gastrointestinal upset and panceatitis. Dogs who suffer from diarrhea, lethargy, vomiting, or poor appetite later on should see a vet. Those who don’t might be fine if fed a bland diet (which, ironically, can be made with boneless skinless white meat turkey or chicken mixed with rice) for a day or two. When in doubt, call your local vet or emergency clinic to determine whether action is necessary.

Warmest wishes for a happy Thanksgiving to all!

Read more about dogs and Thanksgiving: