Next on The Scoop: Do Dog Owners Really Look Like Their Pets? Judge for Yourself 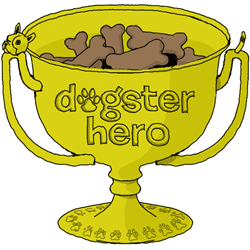 A recent Dogster article on whether to chain your dog sparked a lot of discussion and comments from those adamantly opposed to the practice as well as those who find nothing wrong with tethering a dog under certain circumstances.

Regardless of your personal convictions, keeping a dog permanently chained is never in the best interest of the animal. Chained dogs can suffer from physical and psychological trauma, and as a result, they are more likely to bite. Unfortunately, many people lack the information and resources necessary to provide a different lifestyle for their pets, and many dogs will live out their lives without ever having had the chance to run and play freely. 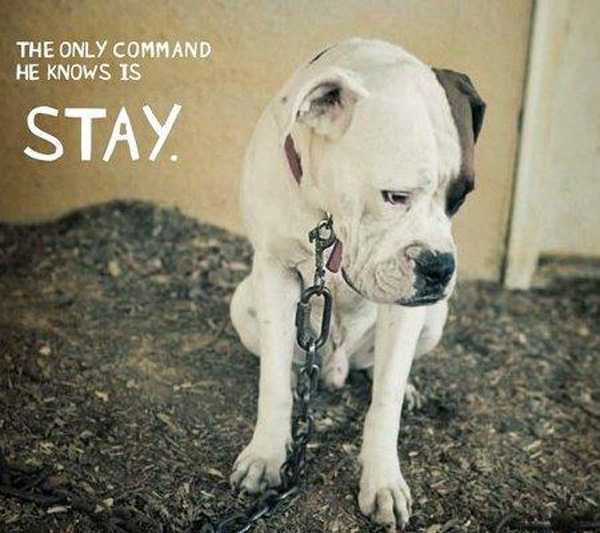 In North Carolina, the Coalition to Unchain Dogs is working to improve the lives of dogs kept chained outside by going out into communities and building fences for free for pet owners who can’t afford to do it themselves. The group also provides other free services such as spay/neuter, dog houses, and indoor crates as well as flea, tick, and deworming treatment.

Coalition founder Amanda Arrington started the group in 2006 when she and other volunteers attempted to get anti-tethering legislation passed in the Triangle area of North Carolina. Today, the volunteer-based nonprofit group has chapters in the cities of Durham, Raleigh, and Charlotte as well as Orange County, North Carolina. There’s another in Atlanta. The organization has inspired other similar fence-building nonprofit organizations in the United States. The coalition’s goals include providing free fences and preventative veterinary care for chained dogs in low-income communities, educating pet owners about the detrimental effects of tethering dogs, and lobbying for anti-tethering legislation. 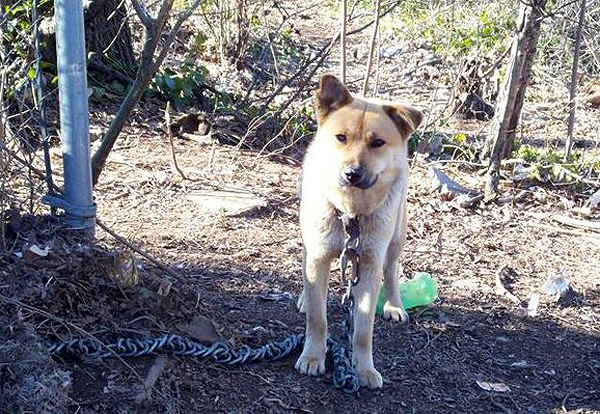 Thanks to the efforts of the coalition’s Charlotte chapter, an ordinance was enacted in March 2011 that tightened regulations regarding the tethering of dogs. Specifically, it addresses the type of collar used, the length of tethers, and access to food and water. At the state level, there are still no official restrictions on chaining dogs.

For Arrington, the act of chaining isn’t always animal abuse.

“We rarely see true abuse, and that can happen with or without chaining involved,” she says. “What we most commonly see is people doing the best they can with what they have and what they know.” 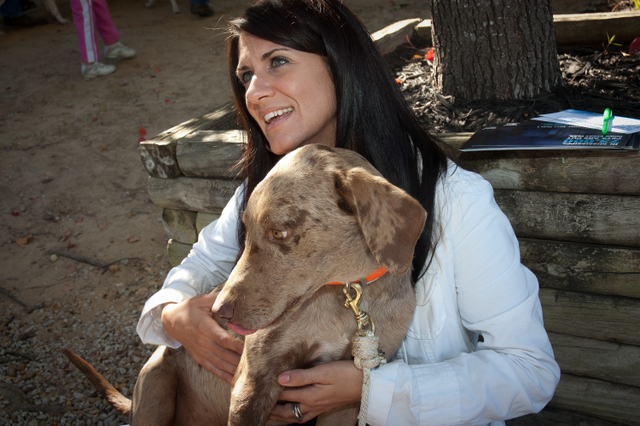 The response to the coalition’s efforts has been largely positive.

“Everyone we meet is extremely interested in learning more and appreciative of the services we offer,” says Arrington.

The volunteers are careful not to pressure owners, but instead listen to concerns and give people the time and space they need to make decisions concerning, most often, spay and neutering. For the coalition, building relationships based on trust and respect with the owners of the dogs they help is just as important as helping the animals.

“We see the struggles so many people in our community face every day due to poverty and prejudice and are honored to extend our compassion beyond just the dogs,” Arrington says. 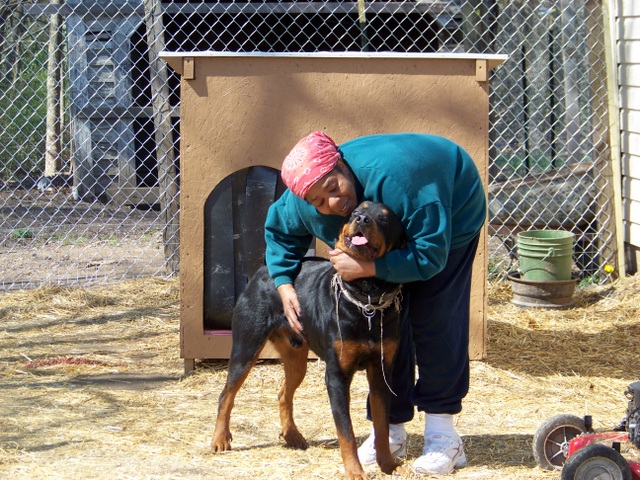 It has been more than two years since the coalition freed its 1,000th dog from life on a chain, and it has provided free services for 2,900 dogs to date. Arrington notes that the coalition spays and neuters about twice as many dogs for whom it has built fences. This intervention is important, she says, because in the communities in which they work less than one-fourth of dogs have been fixed. She goes on to explain that the dogs in these communities are often left unaltered not because people don’t care or are opposed to it, but rather because of a lack of familiarity with the issue and a difficulty in finding affordable, accessible services.

“We focus our efforts in these communities where we can create a huge shift and have a major impact,” says Arrington. 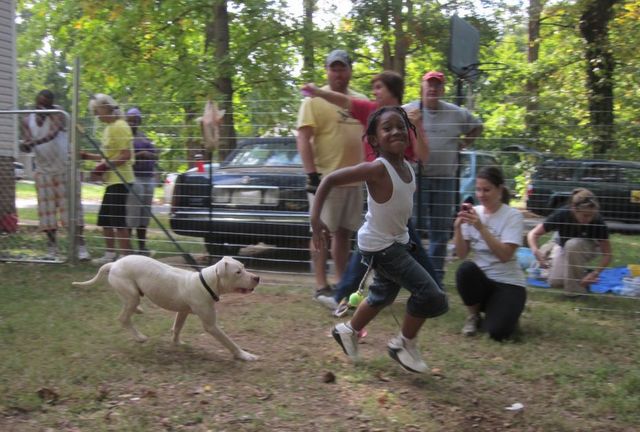 One of Arrington’s favorite stories involves a woman named Ms. Doris and her dog, Pretty Girl. Elderly, wheelchair-bound Ms. Doris was leaving food and water for a pregnant stray living under her house, a stray with a large burn mark down her back and who would not allow herself to be approached. Pretty Girl had her litter under Ms. Doris’s house, and coalition volunteers stepped in to try and gain the cautious dog’s trust in order to help her and her puppies. It took a few months, but eventually Pretty Girl was taken in to be spayed and vaccinated. Her puppies were also spayed and neutered, and coalition members found them new loving homes in the neighborhood.

Ms. Doris and Pretty Girl developed a special relationship, and, according to Arrington, the doting senior makes her dog breakfast every morning and brushes her every night before bed. Pretty Girl lives outside, but she’s happy and healthy now, and most importantly, she’s loved.

“We learned that not every situation has to look a certain way to be a success, and to not let ‘perfect’ be the enemy of good in what we strive to accomplish with our work,” Arrington says.

The Coalition to Unchain Dogs wants to continue to bring awareness to the issue of poverty-stricken people and pets, a population often overlooked by animal welfare service providers. For Arrington and the other coalition volunteers, the way to create real, sustainable change in the lives of these dogs is to consider the human component of the companion-animal equation. 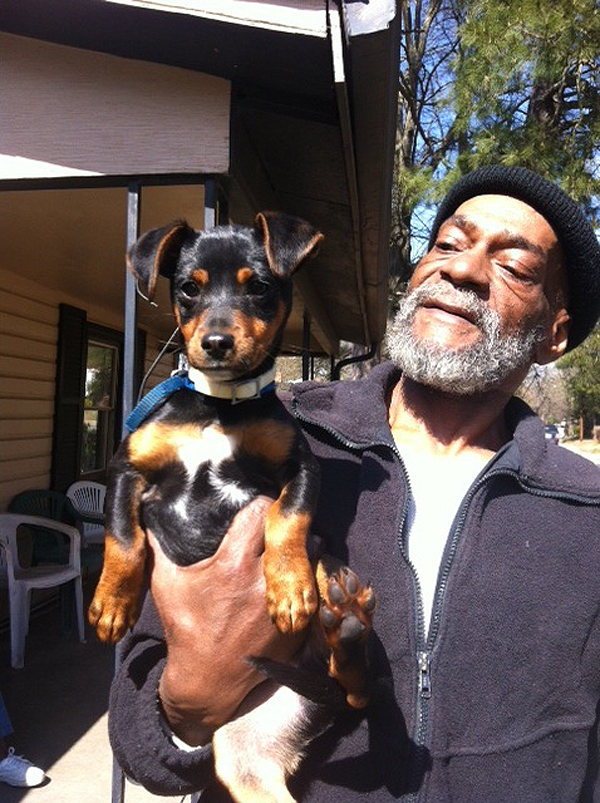 “The dogs we build fences for are so happy to be unchained and have a safe and free space to live, and so often go from timid or reactive to relaxed and happy,” says Arrington. “But the people are also often transformed — so happy to have a different option for their dogs, and the ability to provide the life they always wanted for their pets.”

On the coalition’s website and Youtube channel, there are many inspiring videos such as this one showing the difference a simple fence can make in the life of a dog who had previously known only life on a chain.

By reaching out to dog owners in underserved communities and building communication, trust, and compassion in addition to fences, the coalition is helping to improve the lives of everyone involved.

For more information about the coalition and how you can help, visit the group’s website and Facebook page.

About Crystal Gibson: A child-sized Canadian expat in France who is fluent in French and sarcasm. Owned by a neurotic Doxie mix, a Garfield look-alike, and two needy Sphynx cats. An aspiring writer and pet photographer with a love of coffee and distaste for French administration, she can be found blogging over at Crystal Goes to Europe.