Next on The Scoop: How to Stop Toy Guarding in Puppies
Breeds 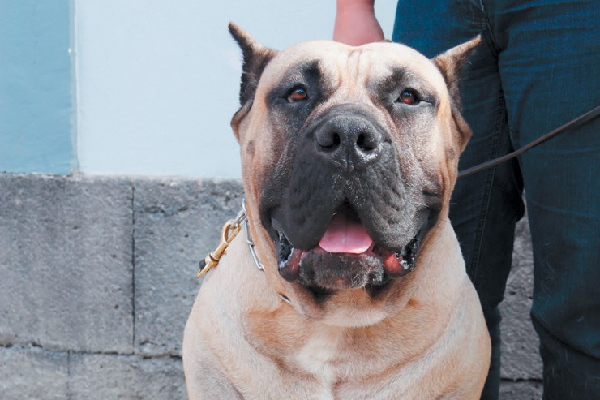 All About the Perro de Presa Canario

The Perro de Presa Canario is one of the few breeds that canine experts would recommend to experienced dog parents only. Find out why — and what makes this breed so unique.

There are a few large working breeds whose fearless guardian traits are so pronounced that canine experts would never recommend them for the average home. Two such dogs are the Fila Brasileiro (Brazilian Mastiff) and the Perro de Presa Canario (Canary Island Dog of Prey). In the right, experienced hands, and given a job to do, they can serve their owners well, but their strength, dominant temperament and potential for aggression make them completely inappropriate for most situations. Let’s learn more about the Perro de Presa Canario here.

In addition to its role as a cattle dog, Presas were used for dog fighting until the 1950s. Although the prohibition of dog fighting was ordered throughout the islands in the 1940s, the activity secretly continued for the next decade. With the introduction of the German Shepherd Dog, the Doberman Pinscher and the Great Dane to the islands, interest in the Presa dropped off significantly, almost causing the breed’s demise. In the early 1970s, a few committed breeders made a concerted effort to revive the Presa, citing it as a rustic, functional dog with highly prized watchdog instincts, territorial and courageous.

The Presa’s appearance is that of a typical molosser, with a broad, massive and square head; a thick, muscular body and rectangular profile. The ears are typically cropped, not only to give a more formidable expression but also to protect the dog from harm while working with cattle.

Height ranges from 22 to 26 inches; weight from 84 to 110 pounds; and the short coat, which is slightly coarse to the touch, comes in all shades of fawn and brindle, with a black face mask.

The Fédération Cynologique Internationale breed standard, translated from the country of origin, describes the Perro de Presa Canario as having a “calm appearance; attentive expression. Especially suited to guarding and traditionally used for herding cattle … Low and deep bark. Obedient and docile with family members, very devoted to its master, but can be suspicious of strangers.”

Given the pronounced aggression that is so much a part of both the Fila and the Perro de Presa Canario, many countries have banned their importation, ownership and breeding.

In Fiji, the United Kingdom, Denmark, Norway, Malta and Cyprus, it is illegal to own a Fila without specific exemption from a court. In certain states of Australia, the Fila is a restricted breed. Imports are also prohibited.

Importation and sale of the Perro de Presa Canario is prohibited in Australia and New Zealand.

5 comments on “All About the Perro de Presa Canario”