Next on The Scoop: How Many Teeth Do Dogs Have? The Answer to That and Other Questions About Dog Teeth
Breeds 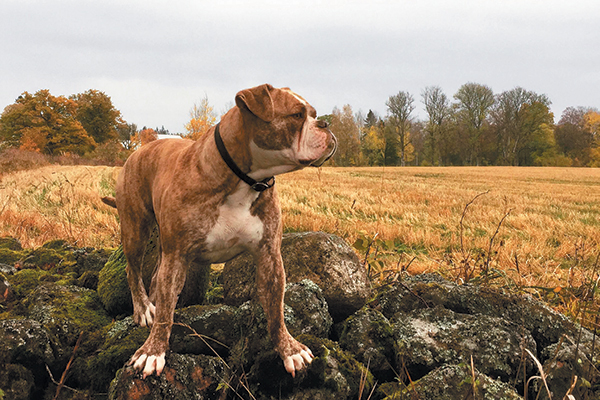 8 Facts About the Alapaha Blue-Blood Bulldog

Who is the Alapaha Blue-Blood Bulldog? Come find out some facts about this little-known American dog breed from the Old South.

The Alapaha Blue-Blood Bulldog (emphasis on the second syllable: a-LA-pa-ha) is a little-known American original, a breed revived from the Old South. Here are eight fascinating facts about this stoic dog. 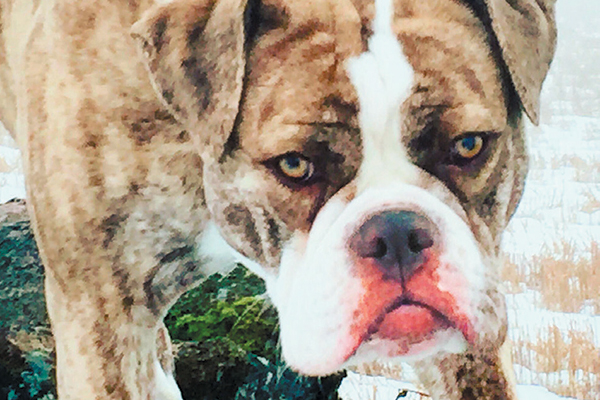 While the breed’s history cannot be verified prior to 1979, the Alapaha Blue-Blood Bulldog is widely believed to be a descendant of the Mountain Bulldog, Old Southern White and Old Country Bulldog. These bulldogs, now extinct, were first brought over from England in the 18th century by early Southern settlers and raised by farmers and hunters in pockets of the South. Being European dogs and unaccustomed to the heat and humidity, they were crossed with regional curs and mastiffs to produce a hardier specimen.

Bred for working ability and not to show-ring standards, they were an inconsistent lot but shared a few important traits: imposing size, strong with large jaws, tenacious and aggressive yet obedient and easy to train. Primarily plantation dogs, they were valued as guardians of livestock and people.

The disruption of the American Civil War in the Southern states greatly depleted numbers, and the breed verged on extinction. A few stubborn farmers were determined to preserve the old plantation bulldogs. No breeder was more famous than Buck Lane, who lived and worked in the small town of Rebecca, Georgia.

He began his breeding program with a favorite dog, Otto, which became another name for the breed. There were several generations of dogs named Otto; as one died, another took his place. With Papa Buck Lane’s death in 1943, his granddaughter, Lana Lou Lane, took up the torch for the breed until her death in 2001. The Lane family maintained the breeding program for more than a century. In 1979, a small group of Southerners founded the Alapaha Blue-Blood Bulldog Association to serve as a registry and worldwide parent club for the breed.

The breed owes its name to Papa Buck Lane. Rebecca, the town in which he lived, is located in south central Georgia on the Alapaha River, a small tributary of the Suwanee River. Papa Buck Lane loved these dogs and believed they represented a noble breed, hence the phrase “Blue Blood” in the name. 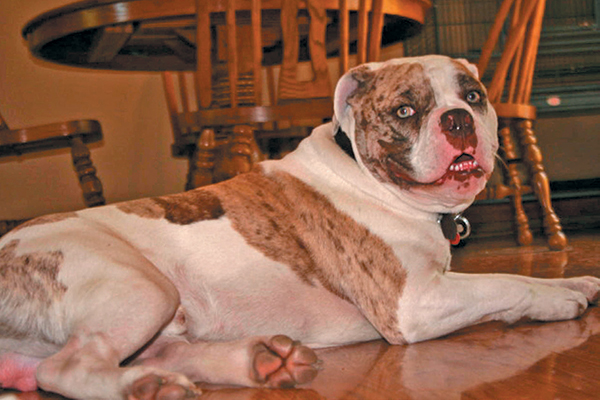 The phrase “catch dog” is often found in descriptions of the Alapaha. That’s because one of its primary uses is to herd and catch stray cattle and hogs.

5. Courage is front and center in this breed

The early mountain stockmen who preserved the breed would never tolerate cowardly, shy or noise-sensitive dogs. They insisted on physical soundness in their bulldogs. This trait continues to be prized today in the more isolated enclaves of the South where the mountaineers see no need to lock their doors or confine their livestock.

6. Agility Is Prized With the Alapaha Blue-Blood Bulldog

The Alapaha is a substantial dog, with males standing 20 to 24 inches at the shoulder and weighing 70 to 90 pounds; females, 18 to 22 inches at the withers and weighing 55 to 75 pounds. However, the breed is not a lumbering giant, and agility is valued in the Alapaha. The breed standard describes the Alapaha as an “athletic power-packed medium-size dog (with the absence of excessive bulk). Light on its feet, it should move with power and determination, giving the impression of great strength for its size.” The breed’s gait is described as “balanced and smooth, powerful and unhindered suggesting agility with easy, ground covering strides …”

7. The Alapaha Isn’t for First-Time Owners

The Alapaha has a strong prey drive, is wary of strangers and extremely territorial. This is a dog with a strong need to be dominant. That requires his owner to be strong, firm, decisive and establish himself from Day One as the leader. Anyone who lacks the time and energy to do this should not bring an Alapaha into the household. Early and ongoing socialization is essential, as are obedience training and going to an experienced breeder.

8. Interest in the breed is growing

Interest in the Alapaha Blue-Blood Bulldog is growing, not only in this country, but around the world. Breeders today span the globe from South Africa to the Philippines, from China to New Zealand, as well as Europe and the Americas. The dogs are all the result of Southern U.S. pedigrees.

Allan Reznik is a journalist, editor and broadcaster who specializes in dog-related subjects. He is the former editor-in-chief of  Dogs in Review and former editor of Dog Fancy magazine. A city dweller all his life, on both coasts, he now enjoys the rural South with his Afghan Hounds, Tibetan Spaniels and assorted rescues.

3 comments on “8 Facts About the Alapaha Blue-Blood Bulldog”