Next on The Scoop: 5 Ways Spring Can Be a Miserable Time for Me And My Dog

How Much Extreme Dog Grooming Is too Extreme?

Is dyeing your dog's fur to look like Pluto taking grooming too far? Or is it all just good fun?

We hope that every good dog owner gets his or her dog groomed when it’s needed. It’s one of those things that just goes along with being a good pet owner, whether it’s brushing them yourself to get the knots out, or going for the full monty at a fancy professional place.

But what about when grooming goes beyond that? Is there a point at which grooming your dog can be excessive or cruel? 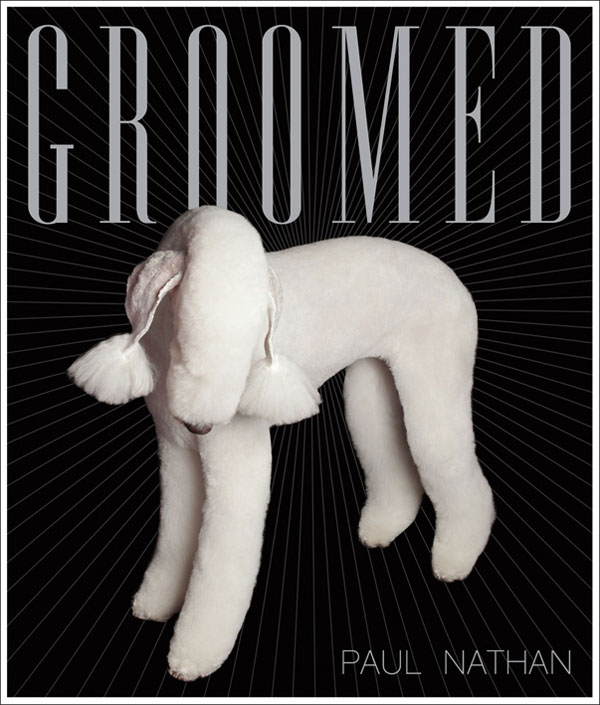 I’m not entirely sure what the answer is, but some of the pictures in photographer Paul Nathan’s book, Groomed, certainly test the limits for me. On the one hand, there’s getting your pup dipped in a flea bath and brushed so that the dog is free of nasty snarls in their fur. On the other, there’s dying and fluffing their fur until the dog looks like Pluto from the Walt Disney cartoons with the face of Donald Duck on the haunches. 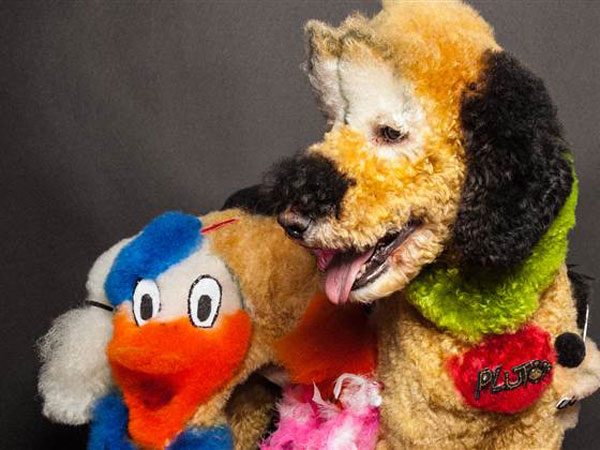 Nathan went to Intergroom, an international conference of dog and cat groomers, and photographed their work. The most colorful examples are from the “Creative Grooming” category, where the dogs aren’t simply cleaned and prettified, but remade into something else entirely. The dog literally becomes a work of art. 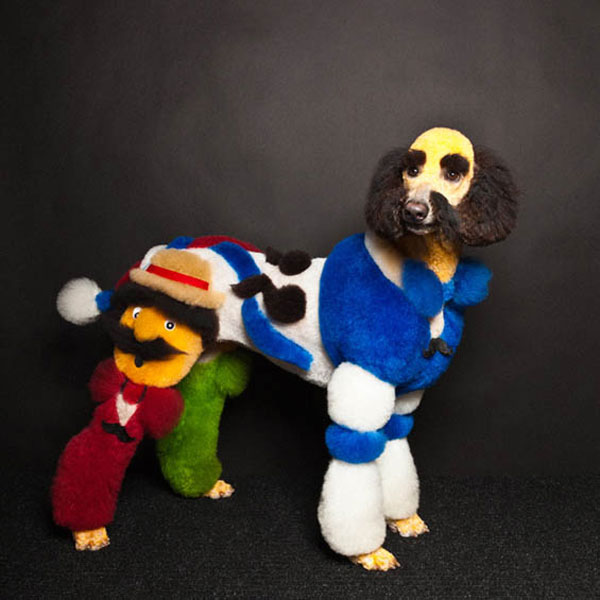 Nathan says in an interview with Feature Shoot that although a lot of people immediately think that the process is cruel to the dogs, it just isn’t so. The dyes used are nontoxic and last anywhere from a few washes to a few months, depending on the dye and the dog, according to Nathan. (I do have to wonder what these dogs look like after a few weeks. Do the dyes become muddy and blend together?)

It’s also not something that every dog can do, he says. It requires a huge capacity for patience on the part of the dog as well as the owner.

“As with child stars, some are just born with patience and the will to please that help them deal with the long process involved in creating a creative grooming piece,” he says. “In most cases the colors are done in stages on different days, usually in sessions of no more than three hours with plenty of breaks for the animal. Every dog is different, and only the groomer knows how long to work with a dog. Keeping the dog happy and comfortable is key.” 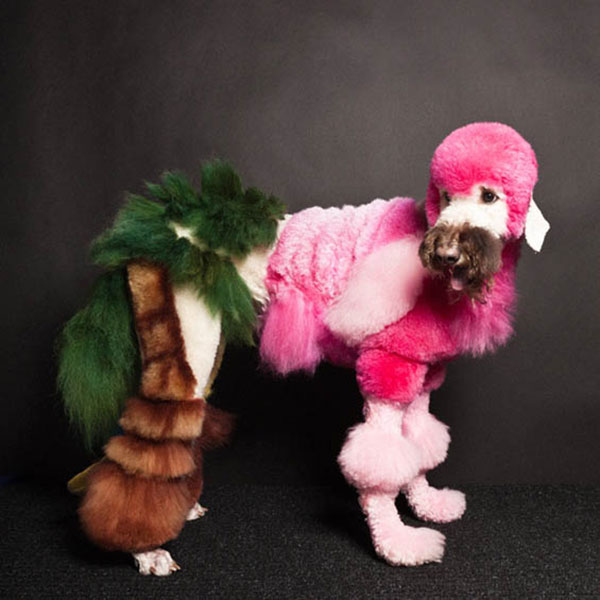 The comparison with child stars is unfortunate, because it just kind of plays into the suspicion that the process isn’t great for the dog. Bring up child stars, and you evoke Jackie Coogan’s exploitation by his parents, Judy Garland’s descent into drug addiction and early death, and the conflicts between Macauly Culkin’s parents.

But frankly, it’s hard to see any harm actually coming to the dogs, or at least any risks that one wouldn’t find in any other dog competition. All my web searching hasn’t turned up any reports of any of these dogs developing speed habits or committing suicide as they yearn for their glory days of being dyed in day-glo colors. Certainly none of them has written tell-all books. Yet. Is the doggie equivalent of Mommie Dearest forthcoming? So far, all the risk seems to fall on the dogs’ dignity. 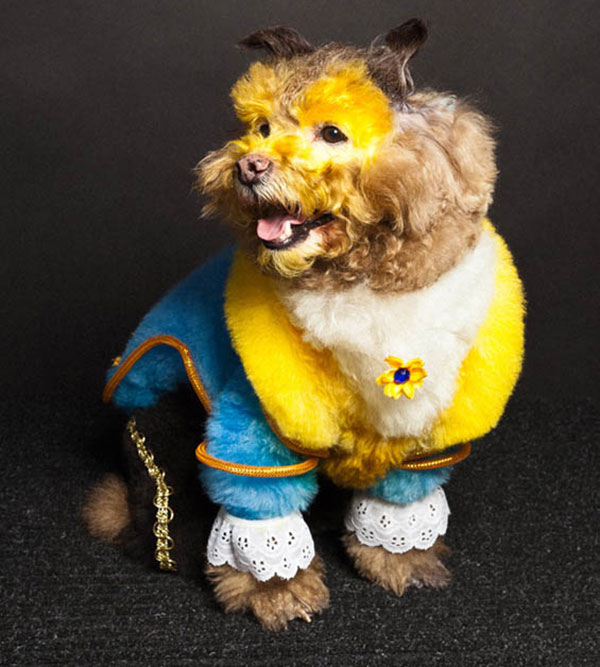 What I find to be really missing from Nathan’s pictures is the owners. He notes that “when the dogs are presented, the groomer is often dressed to match the animal and there is a set or backdrop where the animal is presented.” I’d like to see some of the pictures of the owners and their pets side-by-side. If nothing else, it shows that the owners are willing to undergo the same things the dogs are, and that the dogs don’t have to look outrageous by themselves.

What do you think? Is this silly, playful art that bonds owners and pets? Or is this just taking the grooming thing way too far?

2 comments on “How Much Extreme Dog Grooming Is too Extreme?”