Tips From a Groomer: How to Trim Your Dog’s Nails at Home

If nails are too long it's unhealthy, but if they're too short it hurts; a pro advises how to get it right.

The other day my husband told me our cat had spent a good chunk of her afternoon grooming our dog’s paws.

Of course I’m not really going to count on Ghost Cat to ensure that GhostBuster’s doggy nails are trimmed — but I know that I am much too anxious about nail clipping to do it myself. I can hardly clip my own toenails without cutting myself.

My husband, on the other hand, is pretty good at nail clipping, at least when it comes to cats. He can clip kitty claws without even waking our sleeping cat, but when it comes to dog nails his skills are yet untested. Our gorgeous GhostBuster has put his paws in the hands of professionals since he came home with us after his adoption this summer. 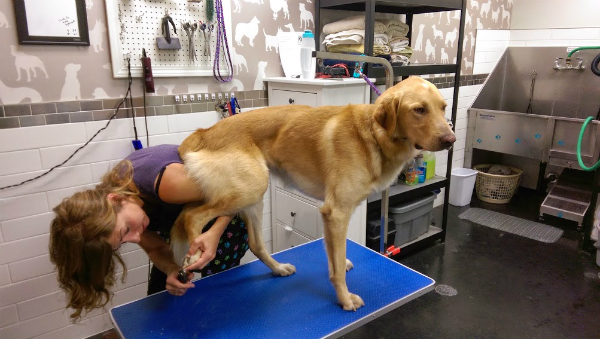 According to GhostBuster’s groomer, Jenn Shaw, owner of Tall Tails Grooming in Red Deer, Alberta, it’s very important to keep the nails trimmed short enough that they aren’t pushing on the ground. Long nails could be bad for the bone structure of the feet. “Unless you have a dog who runs on concrete a lot and wears them down naturally, you have to keep an eye (or an ear for clicking on the ground) on the nail’s length,” says Shaw. 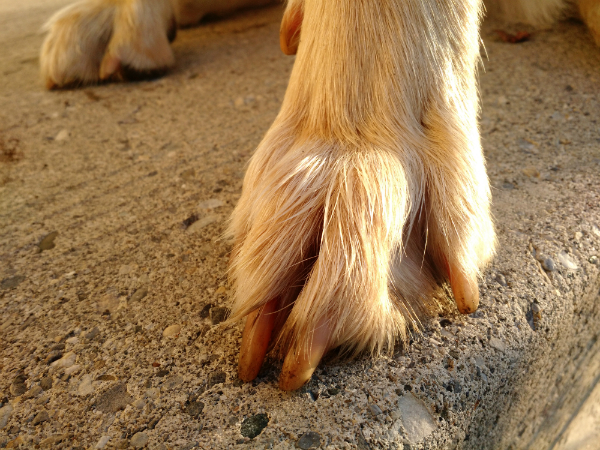 With that said, trimming nails too short can also be painful for dogs. They can get stressed when the quick (the part of the nail containing blood vessels and nerves) is cut.

“Usually a lot of the upset also comes from the reaction of the owner at the sight of blood and yelp of their dog,” explains Shaw. “Future nail trims become anxiety inducing for everyone involved.”

If you do accidentally cut down to the quick, Shaw suggests using a styptic powder or pen (both can be purchased at drug or pet stores) to press against the end of the nail to stop the bleeding. If you have no styptic supplies around, cornstarch or flour can also help.

Of course, what we really want to do is avoid bloody trims in the first place. Shaw says it’s best to go slow when giving your beloved pet a pedicure. 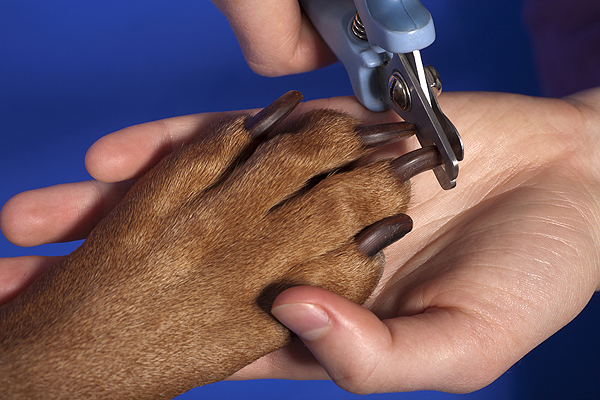 “Try cutting a little at a time until you can see the end of the quick — which looks wet or darker compared to the chalky look of the nail — to prevent cutting too deeply,” she says.

Some dog owners are comfortable using this method to trim those toenails, but for others (myself included), the whole process of an at-home nail trim is just way too stressful. “Dogs have this amazing ability to pick up on their owner’s anxiety,” says Shaw. “So if you’re nervous trimming nails at home, it’s better to have them maintained by a professional.”

Forgoing nail trims is simply not an option, as ingrown nails are dangerous and very painful. 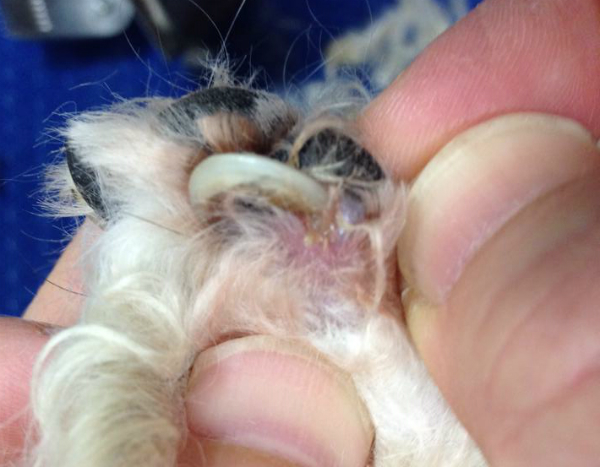 “If you’re not comfortable clipping nails at home, especially the tricky black ones, it’s something a groomer can generally do on a walk-in basis within a few minutes.”

For now, that’s what I’m going to stick to. At least until my husband can clip dog nails as well as he cuts kitty claws.

About the author: Heather Marcoux is a freelance writer in Alberta, Canada. Her beloved Ghost Cat was once her only animal, but Specter the kitten and GhostBuster the dog make her fur family complete. Heather is also a wife, a bad cook and a former TV journalist. Some of her friends have hidden her feed because of an excess of cat pictures. If you don’t mind cat pictures, you can follow her on Twitter; she also posts pet GIFs on Google +.

Dog getting claws trimmed by Shutterstock